What is planar magnetic technology?

Traditional driver design makes use of a cone with a voice-coil and magnet at the rear. Electric charge applied to the magnet moves the coil, which produces pressure waves through the movement of the cone. These waves are perceived by the ear as sound. The issue with the traditional design is, due to the shape of the cone, the sound is not reproduced consistently across the frequency range. Another issue is structural – over time the glued joints will deteriorate and decrease the accuracy of the headphones.

Planar magnetic drivers make use of two flat magnets with an incredibly thin and lightweight diaphragm sandwiched in between. The word planar refers to the way that the magnetic field is contained within the same plane as the diaphragm. This means the headphones have the capability of producing a much more accurate sound across the frequency range.

Due to the nature of the thin and lightweight diaphragm alongside the powerful magnets give the diaphragm the capability of moving incredibly fast, meaning they’re able to reproduce transients unlike any headphones before it.

Enough with the technical stuff, what makes the RHA CL2 Planar so intriguing? 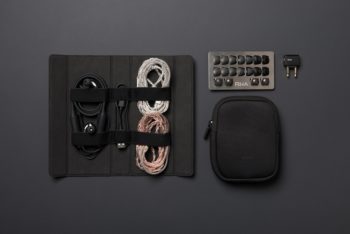 The RHA CL2 Planar are the first time we are seeing an in-ear planar magnetic headphone with Bluetooth, they can be used wired or wirelessly. The RHA CL2 Planar boast up to 12 hours of battery life after just 1.5 hours of charge time.

The RHA CL2 Planar ship with a variety of accessories, from interchangeable ear-tips of all shapes and sizes and a choice of cables. The RHA CL2 Planar feature a nifty “SecureFlex” neckband, that not only secures your headphones, the neckband can be set up to vibrate for incoming messages or calls.

Keep in mind, the technology inside the RHA CL2 Planar is cutting-edge, and so the price-tag is steep, however when compared to other high-end in-ear headphones, the price is actually very competitive! They retail for USD $899 (Around R13k excl. duties).