The Resynator is a forgotten piece of synthesizer history, originally designed in the 70s and forgotten until now. 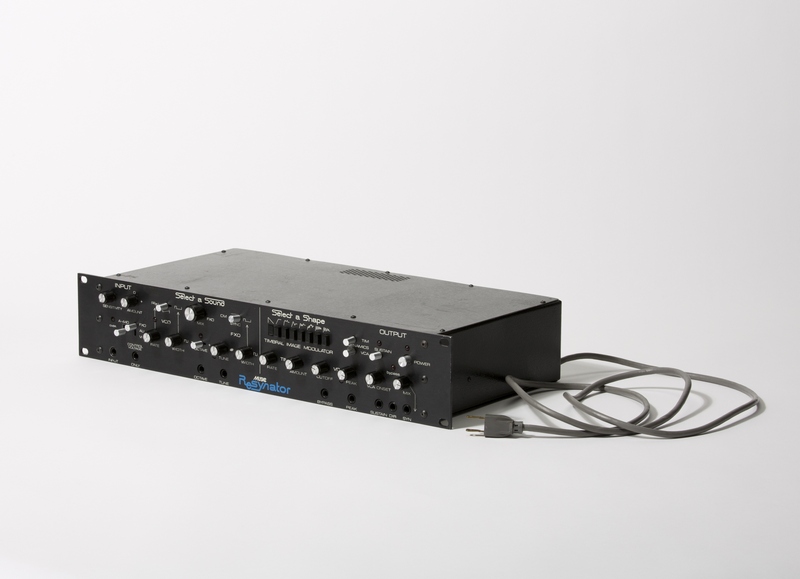 The original designer of the Resynator tragically passed away before the product ever saw the commercial market, relegating the initial prototype to a life packed away in an attic. Don Tavel, the inventor of the original Resynator, was a pioneer in the emerging music technology space, he held several patents for computer hardware and software that went on to become the precursor to the MIDI standard that we know of today.

Fast forward almost 50 years – Don’s Daughter, Alison has embarked on a mission to complete her father’s dream of bringing the Resynator to life. The original Resynator design was a pitch and envelope tracking synthesizer designed for use with Guitars and other traditional instruments. The idea was to detect the pitch and envelope of an incoming audio signal and generate synthesizer waveforms according to those parameters.

Alison plans to raise funds to rebuild the original design and create a documentary film of the rebuild process, the history and the use of the Resynator.

The engineer who helped build the first Resynator prototype, Mike Beigel of Mu-Tron, has been enlisted to rebuild the recreation for the documentary. Alison has recently released a teaser of the documentary, which shows the synth in the hands of artists such as Gotye, LCD Soundsystem, Goldfrapp, Portishead, Peter Gabriel and more.

Peter Gabriel was actually around during the original conception of the Resynator, and he got to play on one of the original demo models! So, it’s interesting to see him reunited with the instrument after all these years.

By the way, if you pledge USD $10k, you can have the rebuilt Resynator shipped to your studio for a recording session. Or you can check out the sample-based instrument that Output recently created for their Arcade subscription-based sample service.

Check out the documentary teaser here:

If you’re keen to back the fundraiser campaign, check that out here.