Reloop Tape 2 – record your DJ sets live and with ease

Reloop Tape 2 is the redesigned recorder that made it onto our list of four ways to record DJ sets. 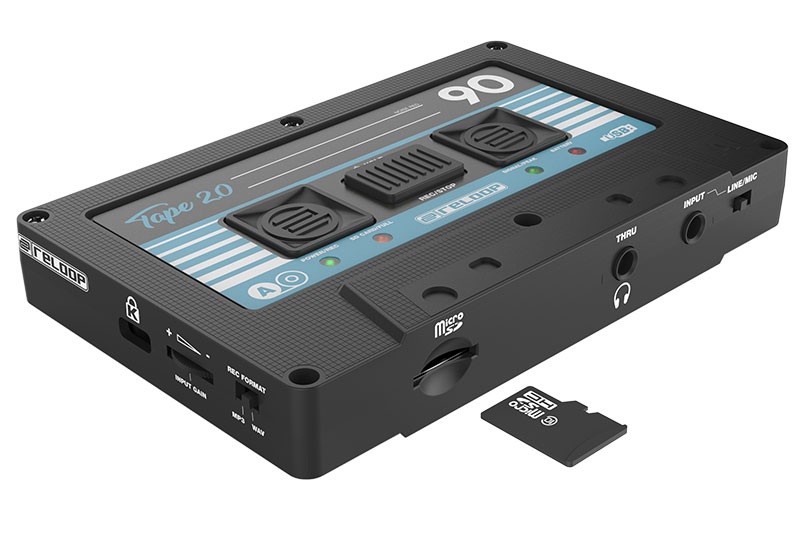 The original Reloop Tape had a striking aesthetic, the concept was to incorporate the look and feel of the nostalgic cassette tape with the modern conveniences of digital storage mediums. It was also very compact and affordable, making it a great way of recording your DJ sets anywhere.

There were a few slight inconveniences with the design of the original Reloop Tape, most notably were the lack of internal battery, and the need for a USB flash drive to be connected as memory for your recordings. Reloop have just announced the launch of the Reloop Tape 2, which dealt with these gripes by adding an internal lithium-ion battery capable of up to 6 hours of use on a single charge.

The Reloop Tape 2 has done away with the USB Flash Drive connection in favour of a MicroSD slot, making the entire system much more compact and convenient. If you don’t have a MicroSD card reader, you can simply connect the Reloop Tape to your computer via the Micro USB connection and transfer your recordings across.

What about direct USB recordings?

The Reloop Tape 2 can also be used as an audio interface for recording directly to your computer, if your MicroSD memory is full.

Format can be switched between wav and mp3 on the device, and you have the ability to monitor your signal using the “THRU” output to make sure there’s no clipping before hitting the record button. The “THRU” connection can also be used in those cases where your mixer doesn’t have a dedicated record output, simple run the main outputs into the Reloop Tape 2 and the “THRU” into your main system.