Reloop Beatpad 2 for iOS and Android

MIX BEATS WITH ANY DEVICE! 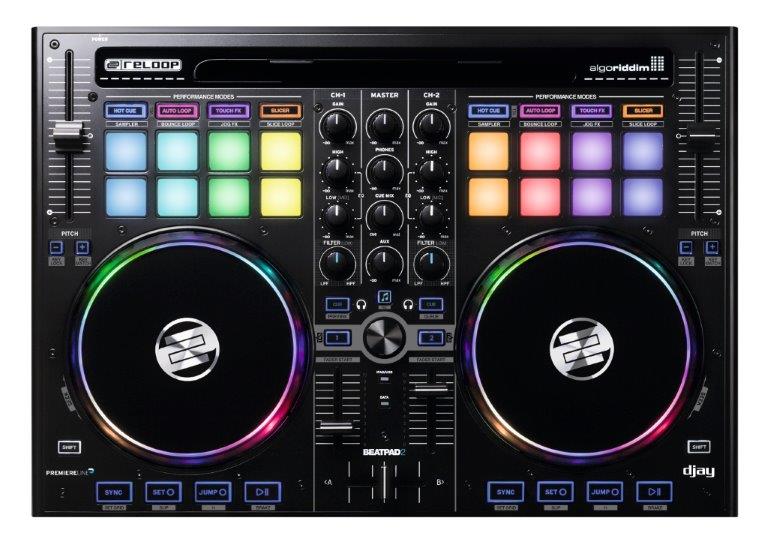 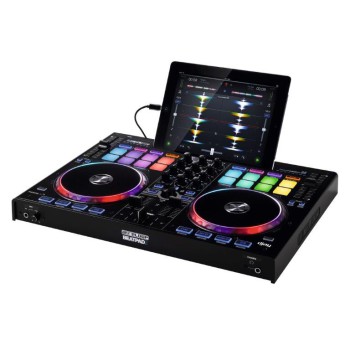 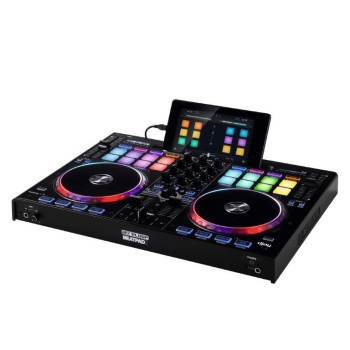 The BeatPad 2 say Reloop is the only professional and truly reliable cross-platform controller that is able to completely utilize the full potential of the award-winning DJAY 2 mixing software from Algoriddim.

Based on the original BeatPad controller, which quickly established itself as an affordable yet professional DJ tool for „Smart-Device DJs“, the BeatPad 2 works plug-and-play across all platforms. Whether you’re using DJAY 2 on your iOS or Android device, or using DJAY Pro on Mac – the integration is seamless and completely stress-free. No other hardware offers such versatile support, and inside the box with the BeatPad 2 are USB, Apple Lightning and Android OTG cables.

Slicer, loop, sampler and dynamic multi-effect control are just a few of the new, exciting remixing possibilities that can now be controlled directly via the BeatPad 2.The touch-sensitive drum pads
with smart RGB illumination give you visual feedback for the selected mode so you know exactly what you’re doing. 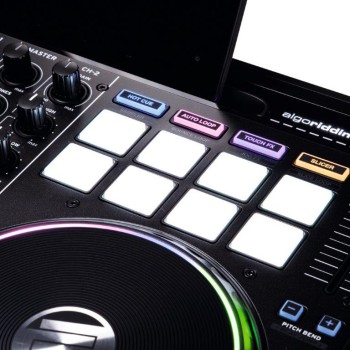 Matching the colours of the software, 8 cue points and 6 samples per deck can be triggered straight from the BeatPad 2’s control surface.

With Auto-Loop it is possible to activate an automated loop in 8 different lengths via the performance pads. Bounce Loop fires 8 different loop rolls with the touch of a button.

Touch FX and Jog FX mode are two new, creative options for mixing with DJAY 2’s extensive effects section. In Touch FX mode you can define and dynamically use a total of 8 different FX
presets via the performance pads. The effect’s intensity is influenced by the pressure applied to the pad.
Jog FX mode offers the possibility to modulate two effects via the jog wheel. This way, effect parameters as well as the dry/wet intensity can be adjusted with optimum accuracy. The pulsing
multi-colour LEDs at the jog wheels’ edge give you visual feedback regarding effect selection and parameter adjustments.

BeatPad 2 is the first controller on the market that can directly control DJAY 2‘s Slice and Slice Loop mode. In Slicer mode, the track is divided into short segments that allow spontaneous
remixing. In Slice Loop mode, loops can be deconstructed in the same way. 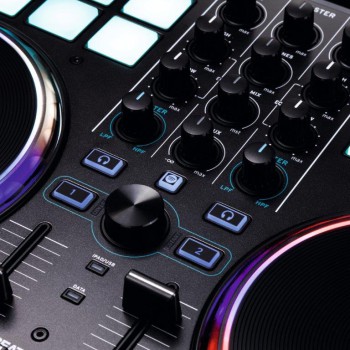 Thanks to the flexible EQ preset switch on the device’s rear side, each channel can be adjusted according to the DJ’s individual requirements. You can either switch the dedicated filter in the
channel strip to a low and high pass filter, or expand the mixing surface to include a 3-band EQ.

With the key lock tool, a track’s tone pitch can be kept when changing the tempo. For harmonic mixing, the key match feature automatically adjusts the key to mirror the current track.

With Algoriddim’s DJAY 2.5 update, you can have all your favourite artists, current charts and personal playlists always with you thanks to the seamless Spotify integration*. You can mix
millions of tracks instantly with your BeatPad as if the music would be on your iOS device! No big storage drives or a large music library management are necessary any more. Also, finding the
perfect next track to mix has never been easier: With the new Match feature, an innovative, first of-its-kind feature that recommends tracks that go well with what the DJ is currently playing –
allowing users of any skill level to create professional sounding mixes. Match provides unprecedented track recommendations based on danceability, BPM, key harmony, music style, and
how well the song mixes with the currently playing track.

Track preview is now possible within the browser function without needing to load a track, while ”Queue List” represents a virtual waiting queue where tracks can be dropped on the fly. With the
library switch button you can quickly change between the built-in and Spotify libraries. BeatPad 2 also allows for editing of beat grids from the hardware. The start point can be reset via the jog
wheel, if the beat does not accurately match the grid.

Connections are also well thought out with two headphone connections on the front side, two master outputs (XLR and RCA) and even an aux input for iPod, CD player or turntable on the back of the device.

RELOOP is available in South Africa through