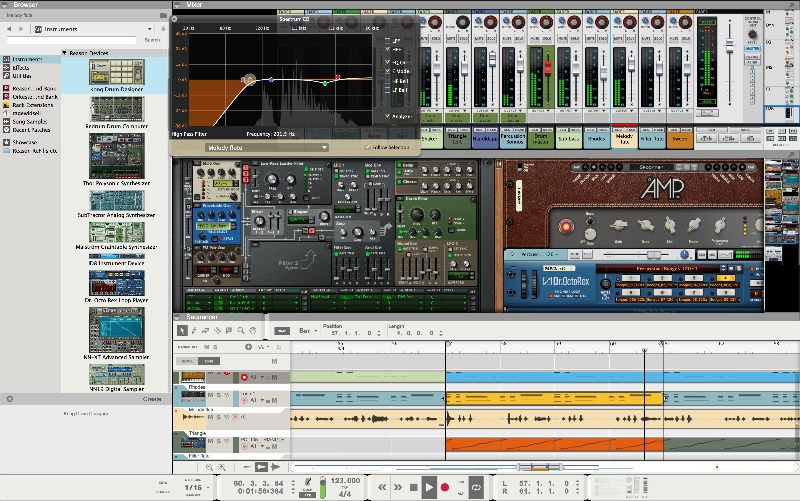 Reason 8 was announced by Propellerhead Software on 7th August and it looks like most of the work has gone into redesigning the user interface and therefore finding ways to improve workflow. The GUI has probably been Reason’s weakest area and the calls for better file and sample management, although being enhanced with each revision, have remained consistent. It seems that this is the main push in Reason 8 with a few new amps and effect thrown in for good measure.

When they say ‘redesigned interface’ in Reason 8 what Propellerhead seems to mean is basically two primary enhancements:

Sounds a bit underwhelming doesn’t it?  But in truth if you are a Reason user this is a pretty big enhancement in Reason 8. The browser for calling up samples and instruments has been archaic for ages and just like the call for the lack of VST  and the integration of audio recording, finally addressed in Reason 6.5 – although the VST issue was only partially appeased by the introduction of 3rd party  ‘Rack Extensions’ –  this new version seems to have been released to address an old design gremlin as well. Reason 7’s big enhancement – another longstanding gripe from users – introduced the long awaited MIDI out option for sequencing external hardware along with some cool audio quantising and REX slicing features as well as quick new mixer/channel doubling and bussing tricks. So the trend seems to be: you asked for it, we’ll deliver but it’ll cost you! 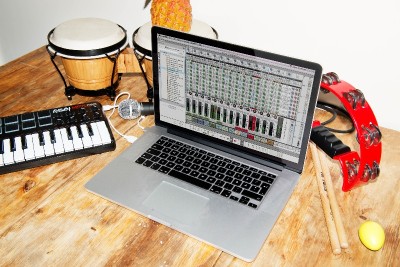 Reason 8 also includes new amps from Softube which they say brings a variety of first class guitar and bass tones to the rack. But, unless we’ve missed something in their announcement – that is in fact it for Reason 8!

Says Leo Nathorst-Böös, Propellerhead Product Marketing Manager, “For Reason 8, we’ve taken everything people love about Reason and introduced a streamlined new user interface that makes it easier for new users to get started, and more fun for seasoned users to work faster.”

We’ve been massive fans of Reason since it was first launched and its undeniably efficient use of processing power should still be lauded today. Since Reason 6.5 the software has addressed some of the biggest shortcomings that previous versions had. We’re just not so sure how much existing users are going to appreciate shelling out another USD129 for what is effectively enhancements that Propellerhead needed to do to bring their software into 2014 and comparable with the other DAWS. For new users, it’s still a fantastic piece of software and one that is highly recommended, even more now that Reason 8 offers these improved browsing and drag and drop features.

You can watch the promotional video for Reason 8 here. It’s more of a branding video than an actual lowdown on what’s on offer.