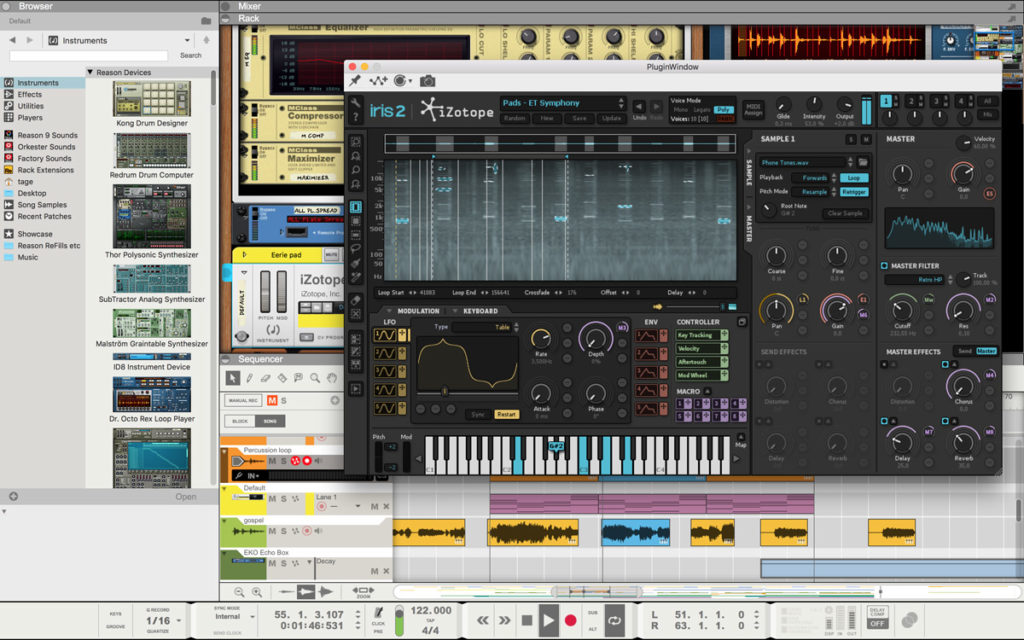 The Propellerhead Reason 9.5 update saw a very unexpected turn in Reason’s capabilities, for the first time ever VST plugins could be loaded inside Reason and used alongside your existing and new projects. While the VST introduction to Reason was huge news, it came with several caveats. It currently only supports VST2 and the performance is certainly not on-par with the other DAWs that are focused on VST integration.

Reason works in a very responsive and real-time manner, and this is due to the fact that the environment is designed around a very small buffer-size. While other DAW’s core focus is on the multi tracking and recording processes, a large portion of VST are written without optimization for smaller buffer-sizes, some of them even employ such heavy processing that it just wouldn’t be possible.

Propellerhead are working hard to maintain the immediacy of the Reason platform while integrating VST support, this means going back and changing a large portion of the existing code of Reason.

When is the update coming?

Propellerhead have confirmed that the Reason 10.3 update won’t be ready in 2018 – despite a previous announcement, they’re trying their best to bring the VST support in Reason on-par with most other DAWs on the market. They already have some alpha release versions circulating which show significant improvements with some VST plugins, so there is certainly hope on the horizon for Reason users.

This is what Mattias Häggström Gerdt, Reason Product Manager had to say about the upcoming update – “I personally want to apologize that I promised something we couldn’t deliver on time. That’s also why I don’t want to promise a new date when this will be done, but we’re working hard and it’s getting closer! I hope you look forward to the improvements, they’ll be worth the wait.”

For more information, check out the official announcement on the Propellerhead website.