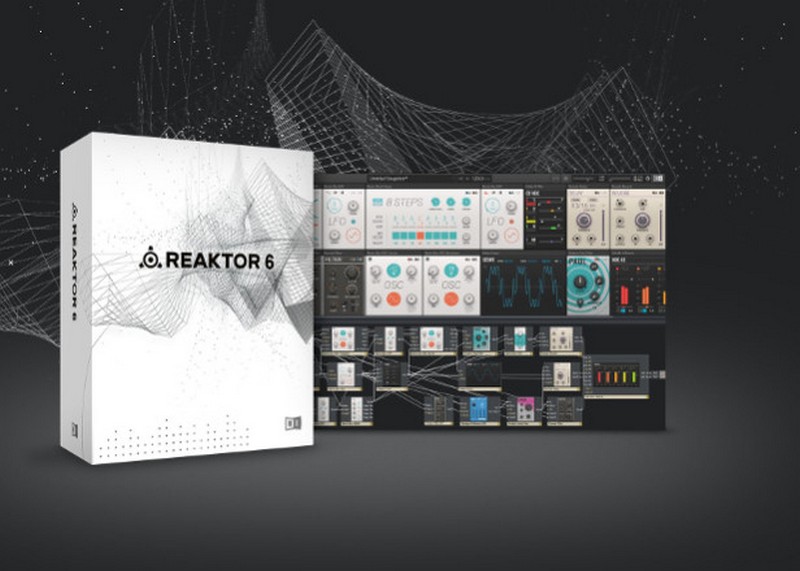 Reaktor 6 has arrived and is Native Instrument’s first major update in 10 years! Reaktor 5 was released in 2005 and the new versions, says NI, has been rebuilt from the ground up.

Reaktor has always been one of Native Instruments’ flagship products which, when first released in 1998, featured a very unique graphical interface that effectively enables users to build their own instruments by linking together virtual modules. Basically build your own synth and create your own signature sound!

Many top producers have sworn by Reaktor over the years and now with Reaktor 6 there are bound to be a lot of very happy existing fans out there and no doubt with this new version, which NI says is more user friendly than ever, legions more that will discover the power in this type of program.

Reaktor 6 sees a complete overhaul of the software making it their most accessible version to date.

The standout feature on Reaktor 6 is the all-new Blocks which turns the software into a rack-style modular synth with over 30 custom modules. Users can add oscillators, filters, effects, modulators, and sequencers, as well as components from existing NI soft synths like Rounds, Polyplex and Monark making your sonic potential pretty endless.

The library has also been updated to offer fresh new methods to building your sounds and integration with the Komplete Kontrol S-Series keyboards and Maschine means seamless integration between hardware and software, useful both in the studio but also unlocking excellent live potential.

Reaktor 6 has a refined library structure with new categories and intuitive folder structure to make workflow quicker and more spontaneous. The modernized interface, improved structure editing, and a revised property and navigation system all adds to this ease of use NI speak of with the new version.

Other new features like Table Framework, Bundles, and Scoped Buses all add to the new power of Reaktor 6.

Reaktor 6 is available in South Africa through Tuerk Music Technologies