The PreSonus Eris 7 XT is the latest addition to the company’s growing line of affordable studio monitors.

One thing that confused me is that they only offered a 5” and an 8” option, while generally speaking 6.5” is generally a more popular option for bedroom producers – especially nowadays with electronic music influences being heard in contemporary pop music so widely.

Introducing the new PreSonus Eris 7 XT, it fits perfectly between the existing models and will probably boost the popularity of the already incredibly popular line of studio monitors. 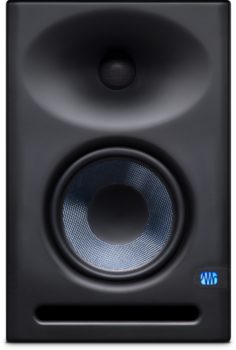 The PreSonus Eris 7 XT features an unbalanced RCA input alongside balanced TRS and XLR, supporting inputs from a variety of sources – laptops, mobile devices or ideally an audio interface.

The monitors have various acoustic tuning settings to get the most out of your environment.

Most of the upgraded features in the XT range of monitors were designed by Hugh Sarvis of WorxAudio – the mind behind a lot of the high-end features that make PreSonus flagship lines (CDL and R-Series) of monitors so special.

For more information check out the PreSonus website here.