The PreSonus ARc Series is a new range of all-in-one mixer and audio interface recording solutions, with three options. 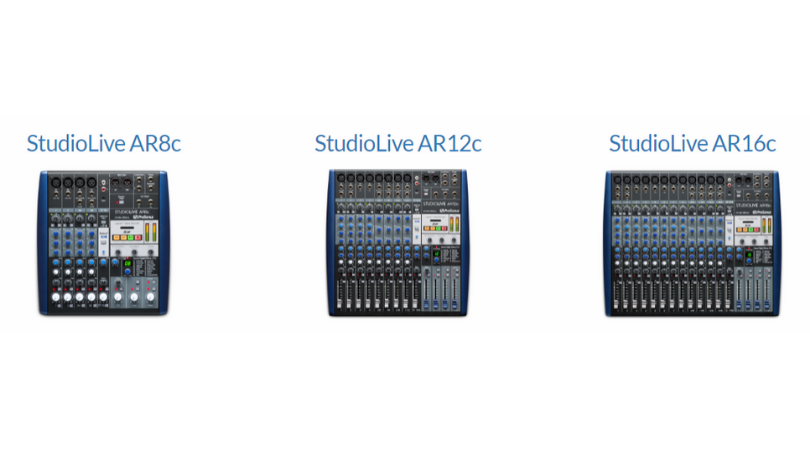 PreSonus has just announced a new line of all-in-one solutions for live and studio mixing and recording, each model features simultaneous multitrack recording to USB and plenty of live mixing features. There is an additional SD recorder for recording the stereo mix, and a variety of onboard effects.

All of the models in the new range are also equipped with the unique PreSonus Super Channel, which is basically four simultaneous inputs, one from Bluetooth, one from a connected USB device, playback from the SD card and an additional line input on the back of the mixer.

The new PreSonus ARc Series includes all of the features you would expect on a professional mixing console, from the high-quality preamps to EQs and onboard effects. The effects are bypassable with a pedal, making it a great companion for small bands and solo performers who don’t have their own sound engineer.

Included with each mixer in the range is, of course, PreSonus’ Studio One Artist recording software alongside the Studio Magic plugin suite and new software called Capture, which is very easy-to-use software for quickly capturing a jam or performance in multitrack, to later edit in a DAW  or for those who may not be too familiar with the workings of a DAW.

The retail pricing on the new mixers is as follows:

For more information check out the PreSonus website here.