The Novation Launchkey MK3 keyboard has been unveiled and aside from a bunch of enhanced new features, the big story is that they have focused on deeper Ableton Live integration than ever before.

The other notable news on the new Novation Launchkey MK3 range is that they have also introduced a new addition to the range in the form of a 37- key model.

Novation says their new 37-key model stands alone as the most comprehensive controller of its size with full-size keys on the market and was introduced due to user feedback.

Regardless of experience, users can create and play their music like never before with the new Novation Launchkey MK3 series.

Scale, Chord and Arpeggiator features, all of which can be used standalone, removes the barriers to creativity, and expands the musical vocabulary of even the most talented keyboardists. 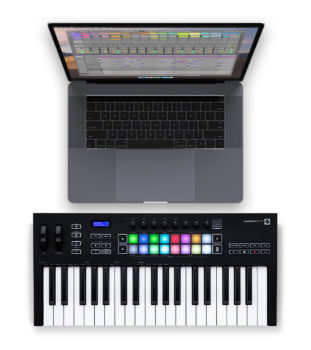 Ableton integration provides immediate access to Ableton Live’s controls; deeper than any other controller in its class.

There’s a dedicated button for activating the Capture MIDI function, plus track arm, quantise, click and loop controls, for flying around your Session faster than ever.

Play chords with one finger

Inspirational features include Scale and Chord modes and an arpeggiator, which together expand users’ musical capabilities.

Never hit a wrong note, thanks to Scale Mode, which transposes keys played to notes in the scale selected.

Three chord modes let you trigger chords with one finger, while the powerful arpeggiator — with rhythm settings and Arp Mutate — gets creative melodies moving. 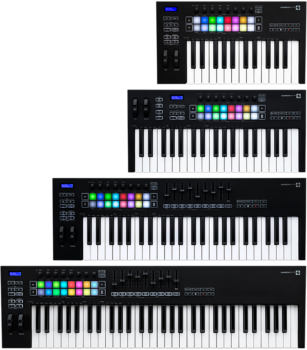 Novation Components can be used to configure MIDI parameter assignments of Launchkey’s knobs, faders and pads, to take control of anything MIDI.

Launchkey MK3 works standalone, so it’s the perfect controller for any music-making scenario, with or without a computer.

The Scale and Chord Modes, arpeggiator, and Custom Modes — set up in Novation Components and stored on Launchkey — can all be used to control a whole studio or live rig.

Launchkey also has full integration with Logic and Reason, plus out of the box functionality with other DAWs including Studio One, Cubase and Pro Tools, via HUI.

To check out the Novation Launchkey MK3 range, head to the product page.

.@PauloLondra drops new heat this week with pop superstar @edsheeran, who proves he can make a hit in any language. Listen to ‘Noche De Novela’ today. https://warnermusicafrica.lnk.to/Noche

Big shot, superstar mood activated for the weekend.
@DJAnkletap and @kandiskardash got the ENERGY!!!