Noir Drum synthesizer for iOS is kind of different 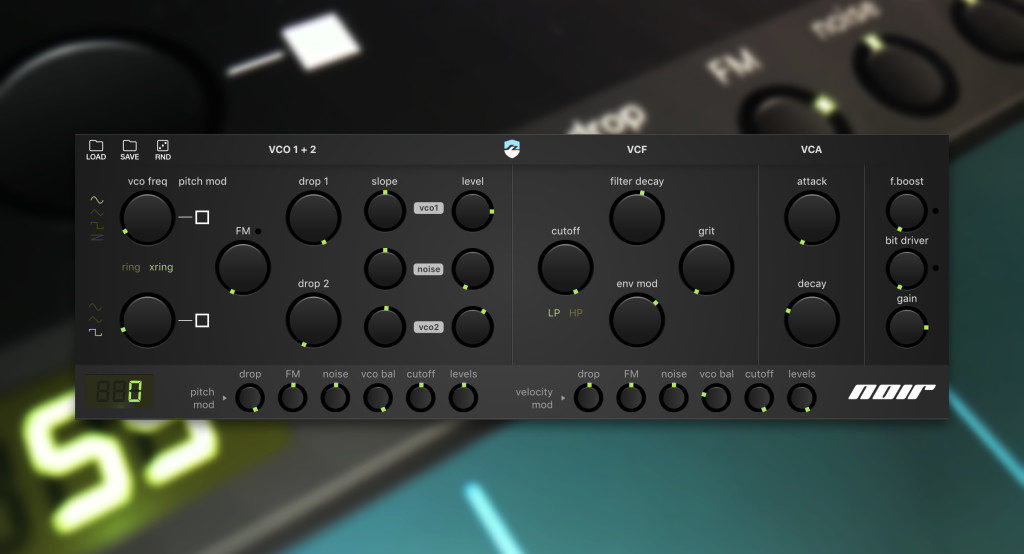 The core focus behind Noir is the intuitive, yet advanced step-sequencer capable of controlling everything from pitch and steps, to a wide variety of modulations. Noir is essentially a monophonic synthesizer tuned for creating drum sounds, however the advanced sequencer opens it up to create a variety of drum to bass sounds using just one monophonic voice.

Noir functions as a fully-featured standalone beatmaking workstation which is great for quick tinkering or patch creation, however it also functions as an AUv3 plugin for any AU compatible hosts you may have loaded on your iOS device. All the parameters of Noir are accessible through the AU host for modulation or automation or use a MIDI adapter to get hands-on control over the parameters within the app.

Noir is compatible with all Apple devices with iOS10 or later, and users who have iOS11+ loaded on their device have the ability to send MIDI messages from Noir’s internal sequencer, out of the plugin and into the AU host.

Who would benefit most from Noir?

The vast MIDI in and out capabilities of Noir drum synthesizer make it a great companion for DAW-less jams or sketching out ideas on-the-road. Or send MIDI from another hardware drum machine to add that extra layer of sound on top of the performance. You also have the ability to instantly create random patterns, which is a great inspiration tool. Like I mentioned, the app is universal, meaning it will work on an iPhone, however you will make the most out of the intuitive interface on a bigger device such as an iPad.

Noir drum synthesizer goes for only USD $9.99 (Around R140) on the Apple store, check it out here.