Native Instruments Traktor 3.3.0 is around the corner, and it introduces various compatibility features and bug fixes. 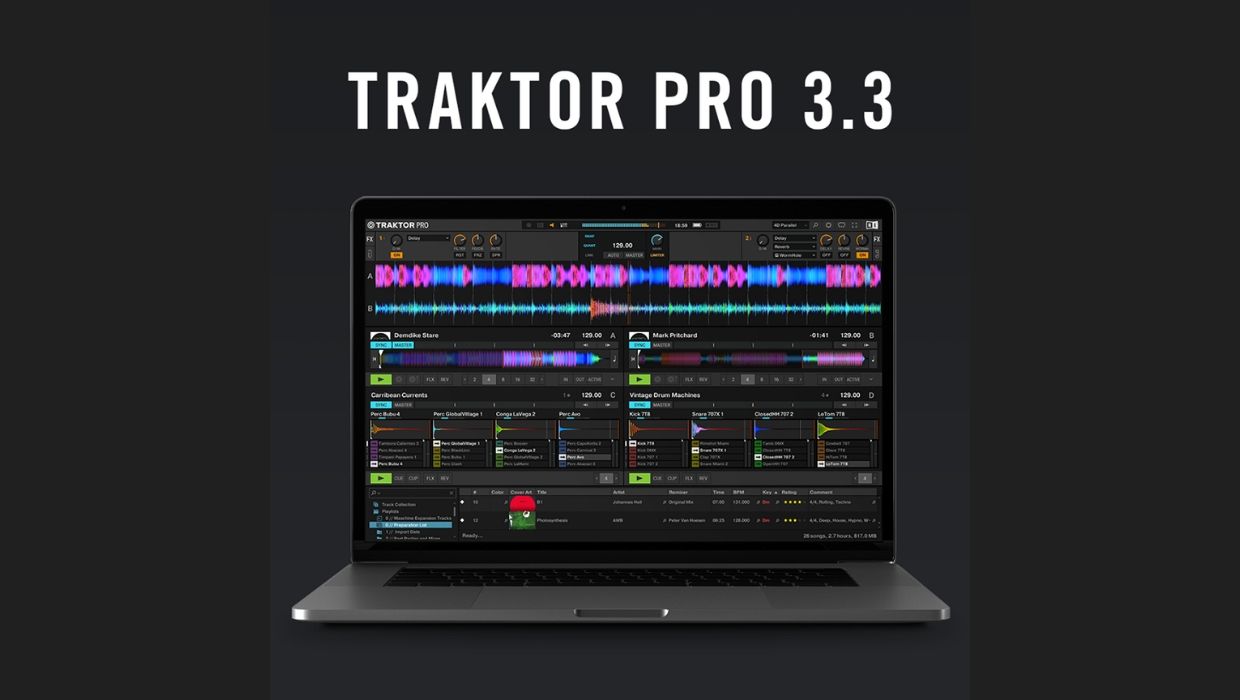 Some of the biggest new features they’ve announced which are coming in the new Native Instruments Traktor 3.3.0 update is added support for various Pioneer products and extended MIDI support for other hardware controllers – something I think should be standard on all controllers at launch, but we will get into that.

The added Pioneer compatibility deals with the XDJ-700, XDJ-1000 MK2 and their latest DJM-V10 mixer. The new update also adds extended features for iTunes and Apple’s new Music.app however they are still very quiet about the MacOS Catalina compatibility issues, so it’s probably not safe to update the OS quite yet.

There were also some less noticeable changes made under the hood, to prepare for future developments. This is what Native Instruments had to say – “we are doing a lot of refactoring in the browser with no direct user benefit to make it ready to implement new features and fix long-standing issues!”

I’ve said it before, as long as companies paint consumers into a corner of peripheral hardware & software compatibility, the future of the DJ software industry will look grim.

Native Instruments Traktor has long been one of the last remaining large DJ software platforms that offers full MIDI mapping capabilities, but it looks like they are slowly turning their focus.

You couldn’t remap them within Traktor or any other MIDI-compatible software for that matter. However after many user requests came through, it was obvious that this needed to change – and this came as some pretty good news alongside the announcement of the Native Instruments Traktor 3.3.0 update.

Check out more information or try out the beta on the Native Instruments forum here.