The Native Instruments software Massive plugin undoubtedly helped shaped the hard-hitting sounds of dubstep and EDM in its early years. The semi-modular capabilities alongside the vast sonic palette made it an unrivalled tool for sound designers. Wavetable synthesis has become somewhat of an industry standard, with most DAWs now shipping with a built-in wavetable plugin of some sort, a lot has changed since the time that Massive was released, some plugin building on the incredible legacy that Massive had created.

Massive X is the brand-new redesigned version of the iconic plugin, from the looks of the teaser video that Native Instruments software has launched, we see a totally redesigned interface (one of my gripes with the original Massive was the GUI), almost all Massive users have been asking for a waveform display in Massive X, and it looks like our prayers have been answered.

Native Instruments software have also announced a redesigned “next-generation” sound engine, and a host of new effects in Massive X, exciting times indeed. They’re yet to announce a price, however we know that it’s coming in February 2019.

Kontakt 6 – Much more than just a sampler… 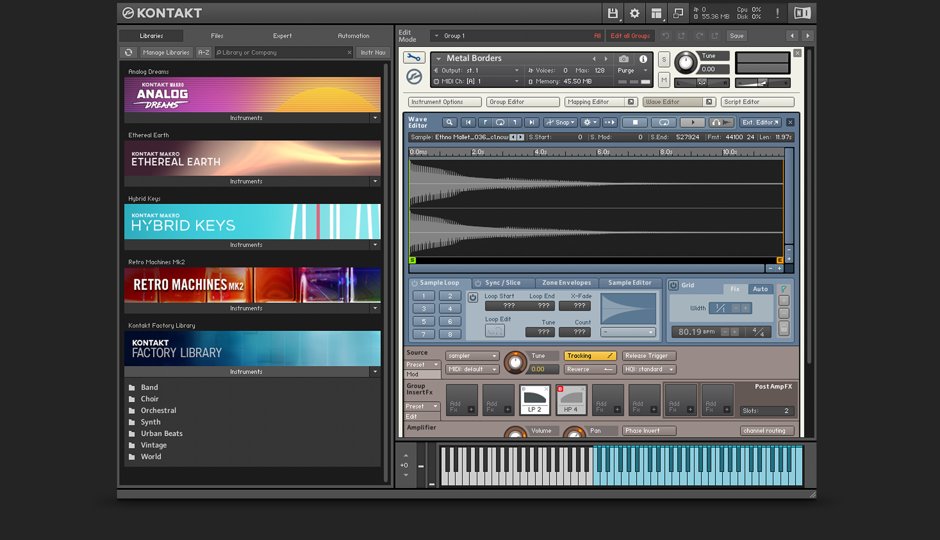 Kontakt is another iconic software platform created by Native Instruments software, designed to be the be-all-and-end-all of sampling tools. The capabilities of the Kontakt ecosystem go way further than what can be outlined in one article, however we can look at some of the new features which have been announced in the latest update, Kontakt 6.

Kontakt 6 poses its super in-depth sampling engine alongside a new system they’re calling “Kontakt Play”. The idea is to simplify some of Kontakts more popular tools, into a more playable and easy-to-understand package.

Kontakt 6 introduces a highly-anticipated wavetable sampling engine, creating unique ways of processing sample libraries. Native Instruments software have also announced a new toolset, called “Creator Tools” which is a standalone application that offers a bunch of tools for creating your own content for Kontakt 6.

The full version of Kontakt 6 is set to retail at USD $399 (Around R6000), however if you own Kontakt 5 you can update for USD $99 (Around R1500). It also comes included in Komplete 12 – Native Instruments software Complete music production software solution.

Native Instruments software is distributed by Tuerk Music in South Africa, visit their website to find your nearest stockist.