Native Instruments Massive is a legendary plugin and arguably shaped genres, Massive X is coming in June. What to expect… 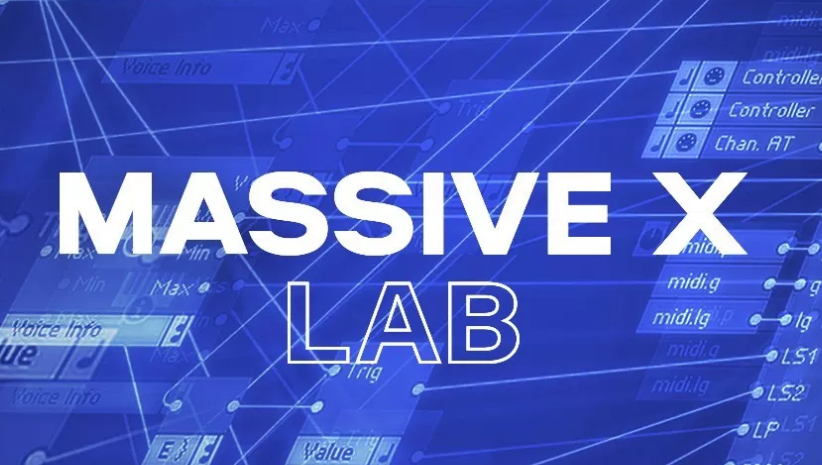 A short while ago Native Instruments teased some images of the user interface for their upcoming Massive X plugin, a revamped and re-imagined version of their legendary plugin. The teaser image didn’t reveal much, except an arbitrary image of a Gorilla and some other basic parameters. Well, Native Instruments just launched some full images and feature run-downs of Massive X and the important news is that the Gorilla is still there.

In all seriousness, we now have an insight into what to expect from Native Instruments’ new flagship synthesizer plugin. The GUI is broken up into section, first up let’s focus on the top half – the sound generation and audio manipulation section. At the heart of Massive X are two wavetable oscillators, each hosting 10 unique modes, and some consisting of up to three sub-modes. There are two internal modulation oscillators with custom tailored wavetables for modulating the audio oscillators.

Massive X features 2 simultaneous noise generators with a choice of 100 sources, a new filter section with eight filter styles, each with several modes from classic to modern. 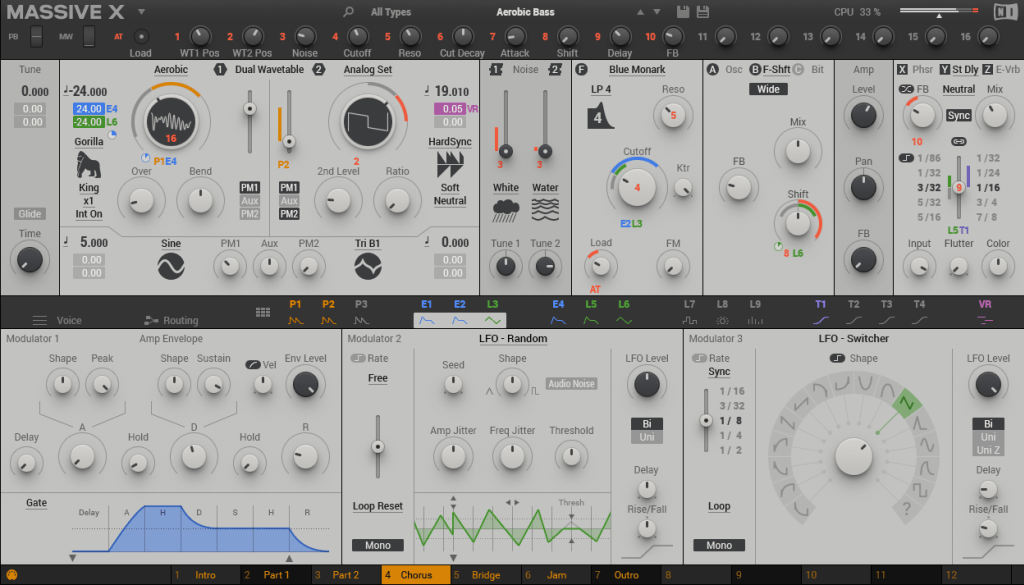 One of the biggest new features in Massive X is the new audio routing section which allows you to freely route your signal path in a modular environment, similar to Reaktor for those who know what that is.

Massive X breaks its effects into two distinct sections, the Insert-FX which are sound-design orientated effects – designed to be used in the generation process, while the Unit FX are more suitable for the end of your signal chain – stuff like delays and reverbs.

The bottom half of Massive X’s GUI is dedicated to modulation, it features advanced envelopes, random LFOs, traditional LFOs and various other manipulation parameters. Some notable features here are the return of Massive’s performer modulator and a new feature made up of four “trackers” which are modulations based on incoming MIDI signal.