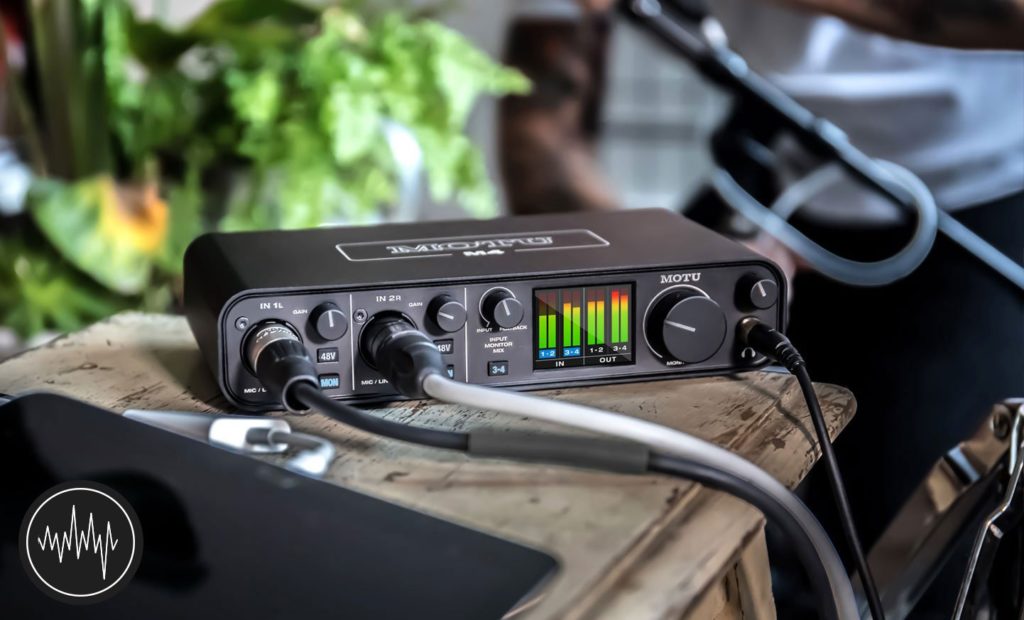 MOTU has long been a recognised name amongst audio interface manufacturers, most of their options tend to lean towards more professional applications, however, that’s about to change with the new MOTU M-Series.

The new range is affordable and features everything you need for a basic studio setup, from MIDI I/O to in-depth metering and output options.

The new series comes in two variations, the M2, a two-input and two output interface, and the M4, a four input and four output option.

They both feature identical specs and circuitry, built for USB-C connectivity however they are backwards compatible allowing for operation on older systems. The interfaces are fully bus-powered and feature an on/off switch, which is a pretty unique addition for USB-powered interfaces.

The meter display on the new audio interfaces is awesome, they feature a full-colour LCD screen which displays your inputs, outputs and various settings on each.

The interfaces also feature a really nifty Loopback input, which sends the output directly back to an input for you to capture directly.

The new MOTU M-Series is powered by very high-quality ESS Sabre32 Ultra converters, which offer up to 192khz sample rates with incredibly low latency – as low as 2.5ms round trip.

The devices are all USB class compliant – meaning they should function out of the box without the need for extra drivers. The preamps also feature individual switchable phantom power, which is almost unheard of in an audio interface at this price-point.

For more information check out the MOTU website here.

.@PauloLondra drops new heat this week with pop superstar @edsheeran, who proves he can make a hit in any language. Listen to ‘Noche De Novela’ today. https://warnermusicafrica.lnk.to/Noche

Big shot, superstar mood activated for the weekend.
@DJAnkletap and @kandiskardash got the ENERGY!!!