The new Modal CRAFTsynth v2.0 is an incredibly powerful monophonic wavetable synth not much bigger than your hand. 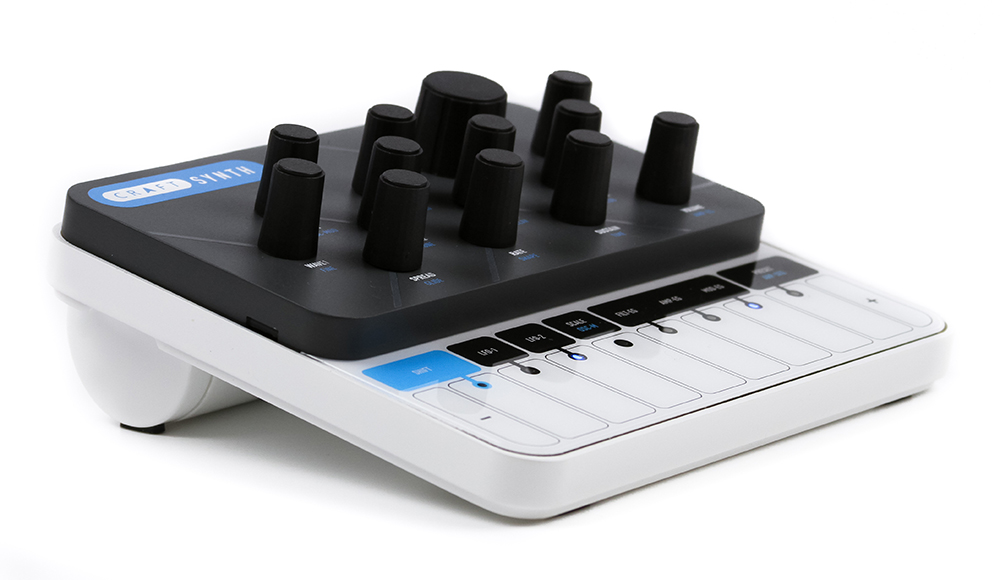 The new Modal CRAFTsynth v2.0 builds on the success of Modal’s previous range of pocket-sized synthesizers while adding features from their flagship synth powerhouse, the Modal 002. The Modal CRAFTsynth v2.0 engine offers up to eight oscillators, two of which have 40 morphable waveforms categorized into eight categories from VA to digital including some wavetables from the Modal 002 synth.

As if the huge range of waveforms, eight oscillators and ton of modulation possibilities is not enough to shape the sound you are looking for, the Modal CRAFTsynth v2.0 has a morphable state-variable filter – that means it has various filter modes to mix between.

Only eight notes on the keyboard? What’s up with that?

More than enough for most producers! Jokes aside, the idea behind this is that most musical scales are played with either five, six or eight notes. The Modal CRAFTsynth v2.0 allows you to select a scale to play in and only notes in that scale can be triggered. The synth also features a powerful arpeggiator allowing for a large range of playability with the small, rather unusual keyboard.

The Modal CRAFTsynth v2.0 is powered either by batteries or 5v USB, it also transfers MIDI data to and from a PC or mobile device over USB, and every knob on the synth send MIDI messages making it a fantastic compact control surface for mobile devices.

Modal also have a free editor app available for Windows, OSX, iOS and Android to create and store patches on-the-fly. The Modal CRAFTsynth v2.0 will be launched in the form of a Kickstarter campaign, which they haven’t officially announced yet, for more information follow their website.