Mixed in Key petition on Facebook has called out Pioneer DJ to try and convince them to add features from the software that they say will enhance the use of Pioneer’s CDJs.

What the Mixed In Key  petition is really asking for is that all the Meta data is saved to the actual song file and not to Pioneer and Rekordbox’s only proprietary, closed format software, as one commentator points out.

In their latest software version, Mixed In Key  has a feature that automatically assigns the cue points for both Traktor and Serato. Now they want Pioneer to play along too, hence the Mixed In Key  petition on Facebook.

To be honest it would be great for everybody if Pioneer DJ made these changes. 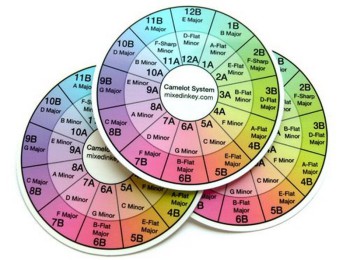 Right now if you import a track from Traktor into Serato or vice versa and you had cue points stored on the Meta data, these are carried across to the other platform. It’s pretty irritating for Traktor/Serato users who wish to take their playlists from these programs into Rekordbox to have to re-do the cue points. I should imagine Mixed In Key  users are equally frustrated.

But it’s not just cue points. It is also the track key and ‘energy’ which assumedly is a Mixed In Key  feature. This is where it may get complicated.

Firstly each DJ software application has its own algorithm for determining the key of a track and the results can often be quite different. So whose is the most accurate?

As for the Energy Level Mixing feature this is proprietary to Mixed In Key  as they attempt to give you a visual idea of the intensity of a track. It is based on the concept that the more activity there is in the high-end frequencies the more intense the track is. The same way as focusing on just mixing your tracks in key is an over-simplification of DJing, this Energy Level Mixing feature may be a bit of a stretch in terms of a useful and bona fide feature.

Cue points, yes! Track Key, yes! Energy level mixing… not convinced and I don’t think Pioneer would be either.

Just how powerful is social media?

I guess this would be a good enough case study to see if the mighty Pioneer DJ would succumb to some online pressure. As of now the Mixed In key petition has 21,200 likes on the post and it was shared 467 times. Is that enough?

Will this Mixed In Key  petition make Pioneer DJ consider restructuring their software?

PETITION! We need help convincing Pioneer that Mixed In Key and CDJs make a great match. Please click LIKE if you think…