MIDI was originally an example of competitors working together, and the new MIDI 2.0 protocol echoes that sentiment. 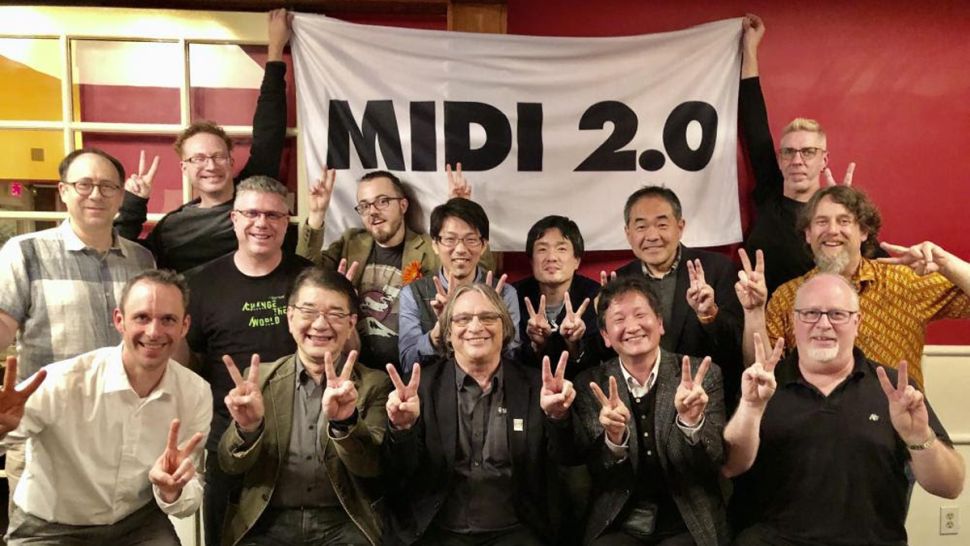 In an era where a lot of companies are designing controllers specifically for their own software products, it’s refreshing to see a group of companies work together to usher in the new MIDI 2.0 industry standard. Especially a standard that aims for full backward compatibility with its predecessor.

The core difference between the two protocols is bi-directional communication, in the past MIDI required a fair amount of setup on both ends, the device had boundaries which it could work within and the host works within the same boundaries, always.

In essence, MIDI 2.0 attempts to make the whole process more intuitive – the host should request various information from the device,  various settings and even drivers or software editors can be transferred to the host and in turn the host can configure the device to work depending on settings defined by the host.

Another huge introduction in the new MIDI protocol update is per-note MPE messages, whereas MIDI 1.0 required this to be done on a per-channel basis.

On a more technical level… 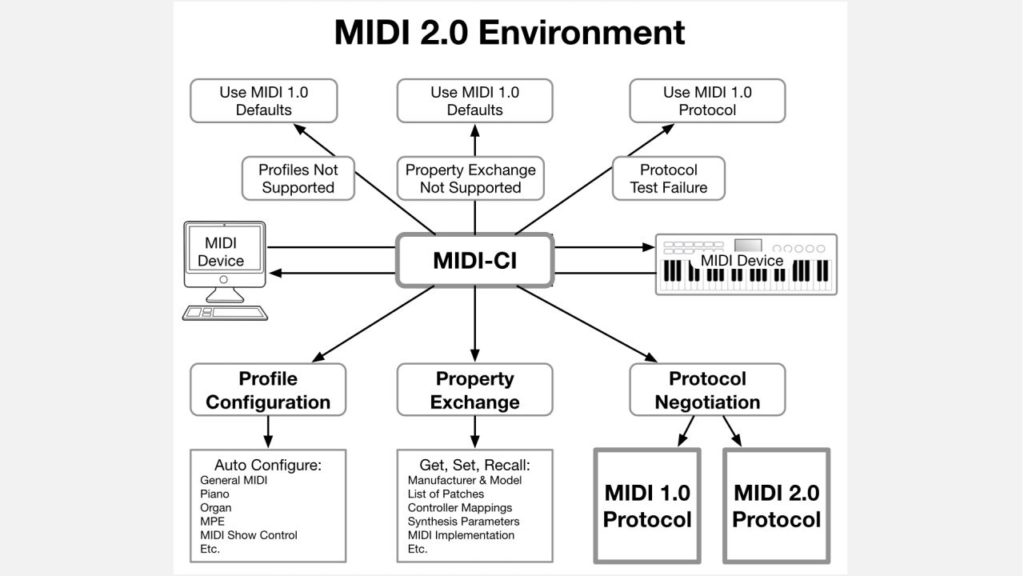 Previous midi messages were stored as numerical values while MIDI 2.0 allows for storing of JSON values, which can essentially be anything from a table of values to a string of rules.

This means that each note can store a variety of note information alongside articulation data, for much more expressive playing capabilities. Controller messages have increased in memory size. Previously messages could only be values of 0-127, now they can be values between 0 and 4 billion – so you can only imagine the difference in resolution for stuff like long faders.

Companies have already started releasing MIDI 2.0-Ready products, so it’s only been a matter of time until it becomes the industry standard. This year’s NAMM trade show saw the official vote take place, and the vote was unanimous.

For more information on the new protocol, check out the MIDI association’s website here.