Music Production YouTuber, Dylan Tallchief, has made a fully working DAW in Microsoft Excel – with a number of unexpected features. 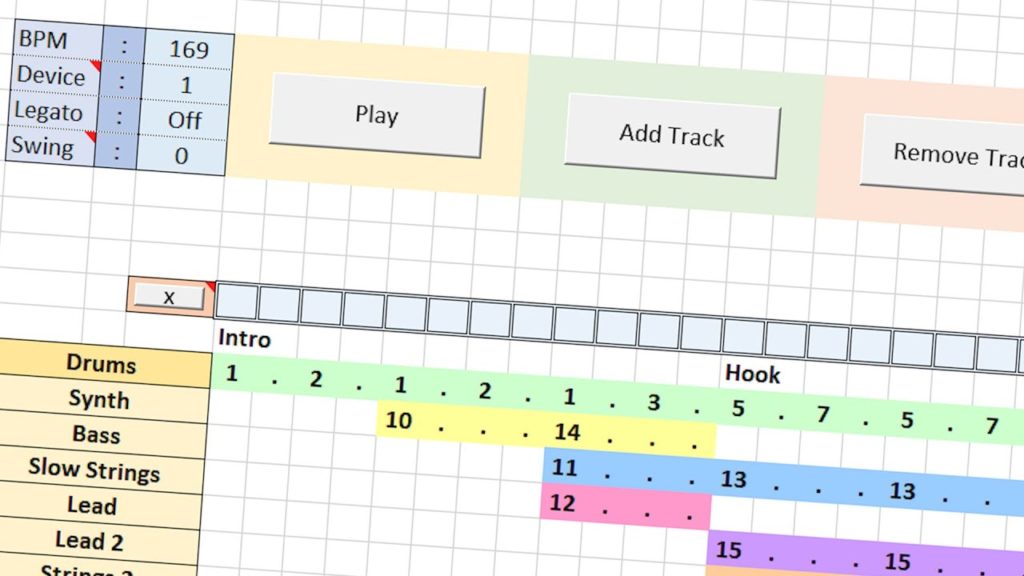 Have you ever wanted to make it look like you’re actually working, meanwhile you’re busy producing your next banger?

Now is the time, this Microsoft Excel spreadsheet allows you to do that.

Okay, so it might not be all that advanced, however, there are some pretty unexpected features that actually make it a viable option – at least for the planning stages of a track.

The spreadsheet has a pretty vast MIDI implementation, allowing for multitrack midi sequencing of drum tracks and piano roll-style arrangement.

Similarly to FL Studio, this works with an arrangement view and singular patterns which are triggered in the arrangement view. The sequencer features a loop-mode with selectable start and endpoints, and the same can be done within the piano roll.

You have the ability to add and remove tracks, I’m not sure what the limit is but I’m guessing it’s probably 16 channels (due to MIDI restrictions), each track can have a channel assigned and can be set to send various program change messages alongside the note data, so you can actually make some pretty compelling arrangements.

Some of the unexpected features…

This Microsoft Excel DAW even has a makeshift mixer, using a setting that adjusts the velocity of the MIDI notes on the channel by the set amount.

The sounds here are all General MIDI sounds, so they’re not great – however the spreadsheet can apparently send MIDI directly out of an interface, it even has an export function that exports your arrangement as Ableton.ALS format.

You might be asking why well Dylan would make a Microsoft Excel DAW; he says that it was all inspired by a meme.

Check out the video where he walks through the spreadsheet here: