Merging music production with a legendary arcade game, Max for Live Pac-Man has been added to Ableton Live. 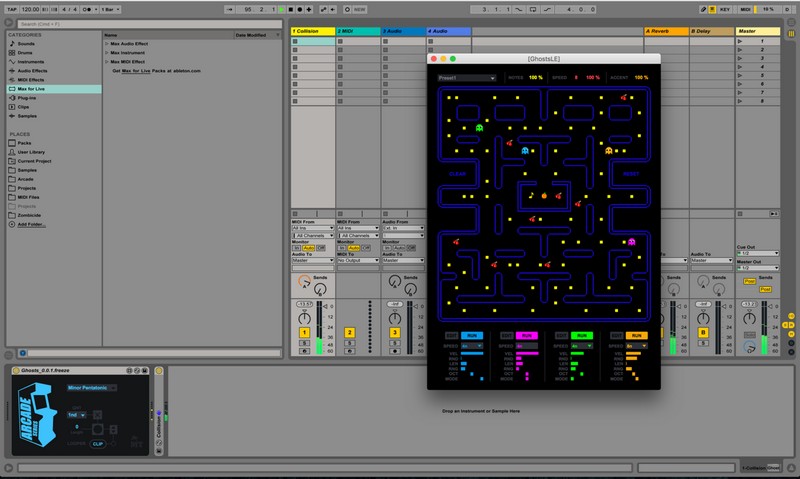 It’s not the exact game we grew up with but rather a specially designed tool that takes cues from the original game and creates sequencers and other music production tools.

This cue then allows Ableton users to control variables such as note velocity and length.

Details of the Pac-Man edition are scant though Isotonik has revealed that its device will focus on the iconic ghost characters.

It is speculated that the Pac-Man device’s interface will allow you to control the ghosts’ individual speed, which seems to be correlated to music production variables like note velocity and length.

Though there is no set release date for the Pac-Man device as of yet, other devices in Isotonik’s Arcade Series are available for $33.13 (R 425)

It will be interesting to see how they revive probably the most iconic arcade game in a way that will be productive, musically productive. The nostalgia is real!

Watch this space for more info regarding the release of the Pac-Man sequencer, but for now here’s a look at the Asteroids sequencer that’s part of the Arcade Series.

Max Live for Pac-Man is sure to rekindle a childlike state of wonder and evoke creativity.