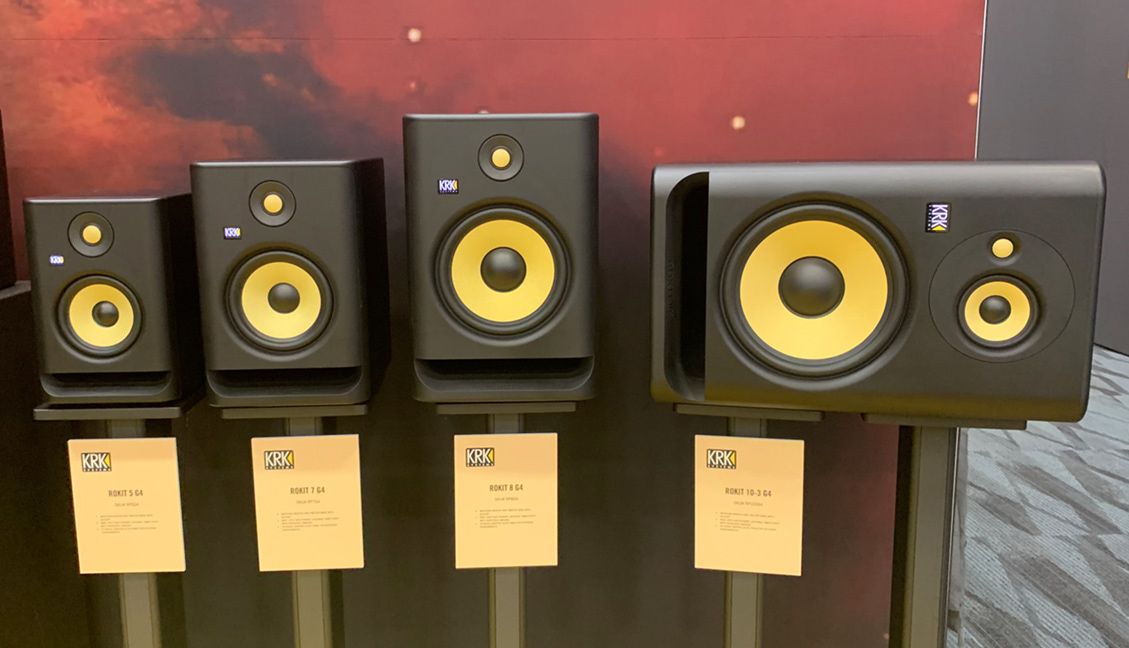 The new KRK Rokit G4 series builds on 30 years of studio monitor design experience to present their all-new range, built from the ground up to fit beginner and professional studios alike. The biggest introduction in the new KRK Rokit G4 is an integrated DSP-based acoustic treatment system that functions using a screen on the back of the monitor or linked up to a mobile app for fine-tuning. The mobile app also gives you access to configure crossover points, and subwoofer settings.

The new KRK Rokit G4 series use the same iconic yellow Kevlar cone and driver that we all know so well, however they’ve introduced the higher-end tweeter and waveguide technology from their V-Series of professional monitors, to more accurately reproduce high-frequency content. KRK have kept their front-ported design in the new range, this makes the KRK monitors a fantastic solution for small bedroom studios where space is limited.

The new KRK RP10-3 G4 even feature a tiltable mid/high section, meaning you can use them in a horizontal configuration and maintain accuracy.

KRK monitors are often criticized for their “hyped” low-end…

Regardless of your thoughts on the matter, having the advanced calibration system allows the user to fine-tune their system to suit their needs. They’re also an incredibly popular choice for DJs and hi-fi enthusiasts due to their sound and price, you could accentuate the bass for an even more “hyped” low-end to practice your DJ sets.

They are yet to announce the official specs and features, so stay tuned for more information on the KRK Rokit G4 range. We do know that they’re expected to ship from February 2019.