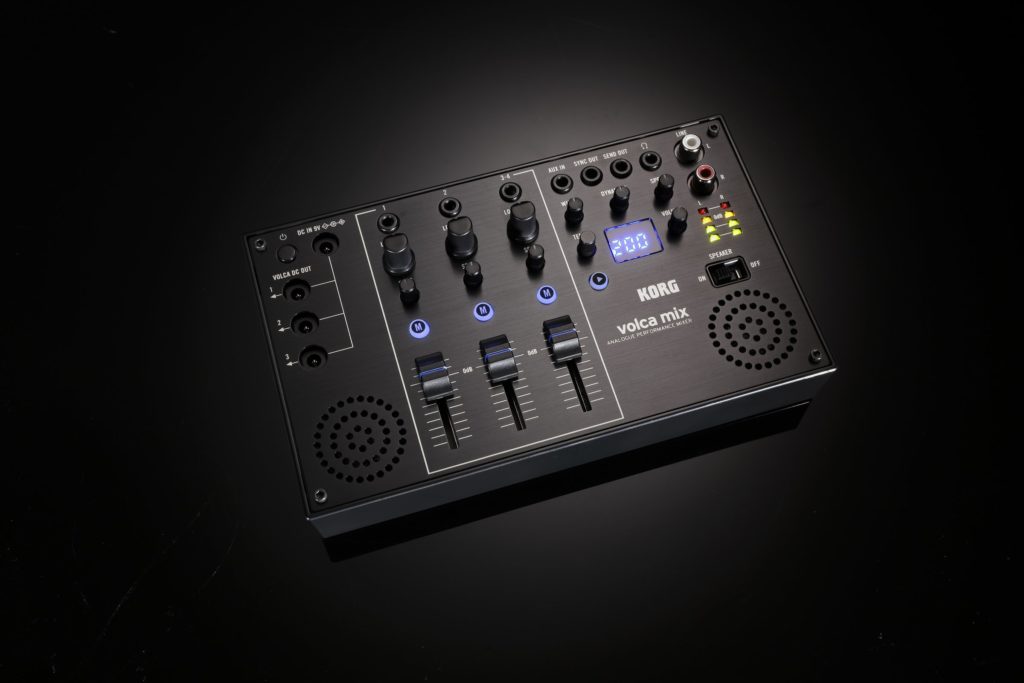 Finally, Korg has adhered to the longstanding wishes of fans of its Volca Range: a small mixer that perfectly accompanies its Volca synths and drum machines.

The Volca Mix is constructed in the style of a DJ performance tool, giving your Volca units new balancing capabilities and effects expansion.

In addition to the sync function bestowed on all voices, there are also DC output connectors that are able to supply power for up to 3 different Volca units, which is one of its most impressive features.

Other features include built-in master effects, an expander that broadens a mono source into a stereo sound image, a side chain effect and a dynamic range compressor. For those wanting to use their own effects unit, the Volca Mix’s send out and aux in jacks can hook it up!

The Volca Mix packs an explosive punch with it’s not one, but two built-in stereo speakers Korg says surpasses the power found on the original Volca instruments, though there is a stereo line out and headphone jack if you’d like a fuller sound.

Included in the price is the adapter and all cables needed for a full Volca setup.