KORG Prologue synthesizer goes beyond what we’ve heard before

After KORG’s success with the release of their four-voice synthesizer, the Minilogue, KORG decided to push the boundaries once again with the Prologue. 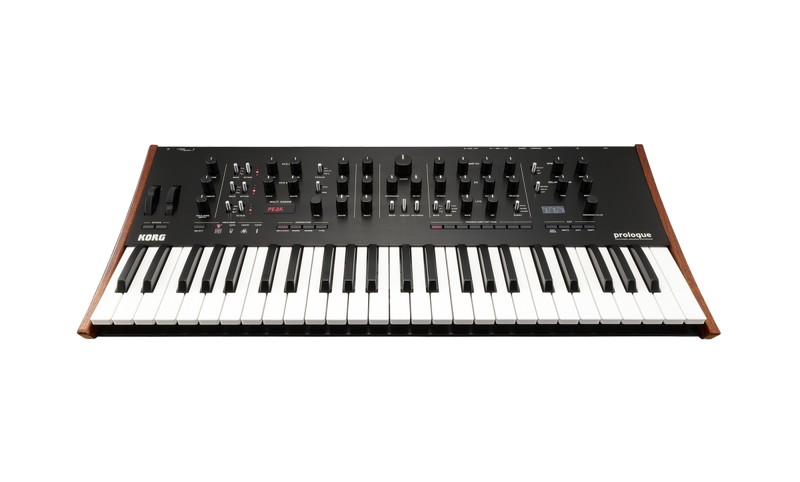 At the heart of KORG’s new analog synth powerhouse, the Prologue, are legendary analog circuits from earlier KORG models alongside a revolutionary new digital “multi-engine” system that allows advanced programming of user-created oscillators or a multitude of pre-programmed sounds. The Prologue is equipped with high-quality DSP effects, allowing a vast array of customizations.

The KORG Prologue is bi-timbral, meaning you’re able to layer two patches over one another to create incredibly rich soundscapes and complex sequences. Another welcomed feature is the return of the “voice modes” which we saw on the Minilogue, it allows for unique and flexible routing of the voices for chord or unison effects.

The KORG Prologue ships in two models, the 61-key sixteen-voice version for studio and home applications, and the 49-key eight-voice version which is more suited for gigging and touring. The Prologue has been dubbed as the pinnacle of KORG’s analog offerings because of its incredibly wide palette, and the ability to connect it to a computer via USB for advanced editing of patches.

Not just for synth heads… 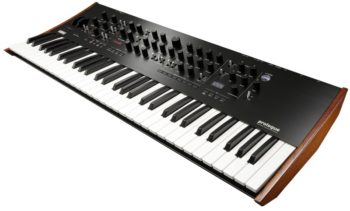 KORG cleverly re-designed the preset manager in the new Prologue, allowing for browsing through categories and favourites, expanding the usability for live performers. It has a particularly nifty function that sorts your presets by which ones are used most frequently! The Prologue ships with 500 very usable factory presets so players can get going straight out of the box. The Prologue series features KORG’s renowned Semi-Weighted Kronos keybed, for the more seasoned keyboard players.

The Prologue-16 incorporates a newly developed “Low-Frequency Compressor”, delivering warm analog presence in your low-end, eliminating the need for an outboard effect rig or DAW. There’s also a growing user community of players who have uploaded their custom oscillators and effects, to help you get the most out of the Prologue synthesizer.

Apart from the vast array of features, the Prologue just looks incredibly intriguing. It features real Oak wood side panels, with a black aluminium front panel – The perfect combination of retro and futuristic.

Let’s have a closer look at the specs:

The Prologue is not cheap, but when comparing to other options with such a wide feature-set, it’s hard to find anything even remotely close in value! The Prologue range starts out at a retail of USD$2200 (About R25k excl. duties)