There is a new Korg 80s video game synth for iPhone. Now you will be able to create the sounds of the arcade at home as long as you have a smartphone. 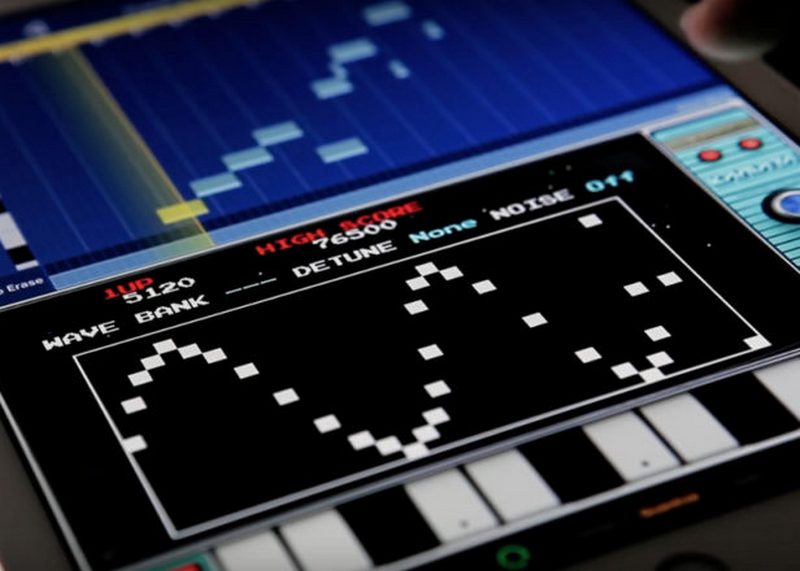 The Korg 80s video game synth was made in partnership between the Japanese synth company Korg and video game publisher Bandai Namco. Together they created a chiptune synth for the Gadget app, according to Synthtopia.

The Korg Gadget app for the iPhone was released in 2014. The app features a good number of virtual synths and drum machines loosely based on classic electronic instruments such as the TB-303. It also features sequencer and mixer functions for recording full tracks.

The 2.5 Version of the app has been released and now you are able to buy Kamata as an extra feature. The Korg 80s video game synth recreates the sound of the same waveform sound generator chips found in classic Namco arcade machines Galaga and Pac-Man.

The Gadget app already has the Kingston, which is an 8-bit synth as part of its features. Kamata is different in the way that it has deeper sound shaping abilities when compared to the Kingston’s chiptune sounds which are more basic.

The new Korg 80s video game synth also has a particular 80s interface to coincide with the theme. Kamata is not the only new addition to Gadget though. Two other additions includes, Gladstone which features actual drum sounds, and Madrid, which is an instrument for creating electric and acoustic bass with a selection of amps.

Get the Korg 80s video game synth on the Gadget app.

Check out demos of the Korg 80s video game synth