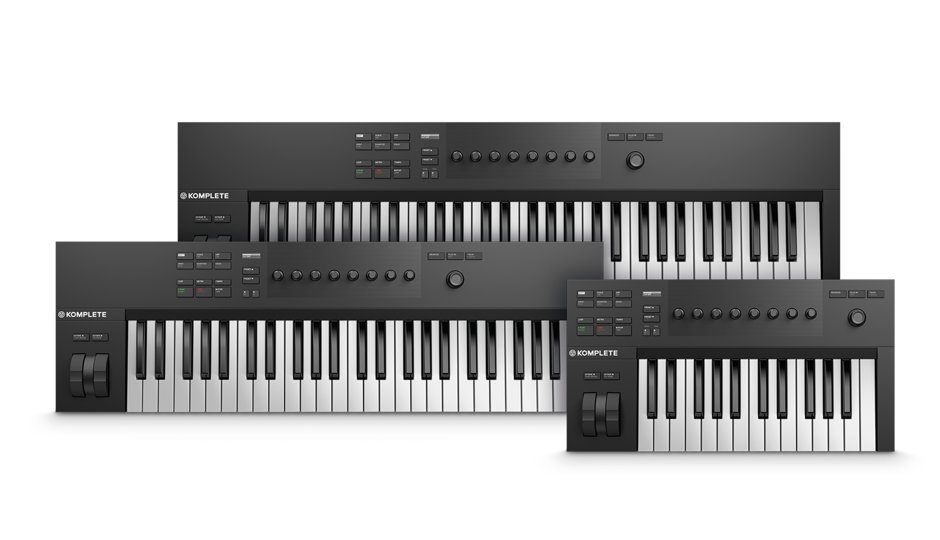 The Komplete Kontrol A-series is made up of three options which share all their features except for the number of octaves on the keyboard. The new range of keyboard controllers delivers a similar level of intuitive control in a much more affordable and streamlined solution. The transport section on the new Komplete Kontrol A-Series mimics the iconic Kontrol S-series, with the same advanced chord and arpeggio settings.

The original Kontrol S-Series featured two high-res displays for intuitive feedback of plugin settings and preset libraries, the newer Komplete Kontrol A-Series has done away with the displays in favour of a much smaller “at-a-glance” style display, which simply displays the parameter you’re currently editing or the preset you’ve just selected.

The new Komplete Kontrol A-Series features eight of the same touch-sensitive pre-mapped encoders which we saw on the Kontrol S-Series, alongside the intuitive browser section.

What are the major differences between the Kontrol A-Series and Kontrol S-Series?

Firstly, like I mentioned, the most obvious difference is the dual high-res displays as seen on the Kontrol S-Series, this allows Native Instruments to hugely reduce the cost. They’ve also removed the LED key feedback, which made using Kontakt’s modifier keys very intuitive. The Komplete Kontrol A-Series is also missing the touch-strip style ribbon controller, however all things aside – the fact that the A-series is on average a third of the price of the S-Series, makes them serious competitors in the market.

Native Instruments is distributed by Tuerk Music in South Africa, visit their website to find your nearest stockist.