The new IK Multimedia UNO affordable and compact analog synthesizer has finally been launched, and it sounds impressive! 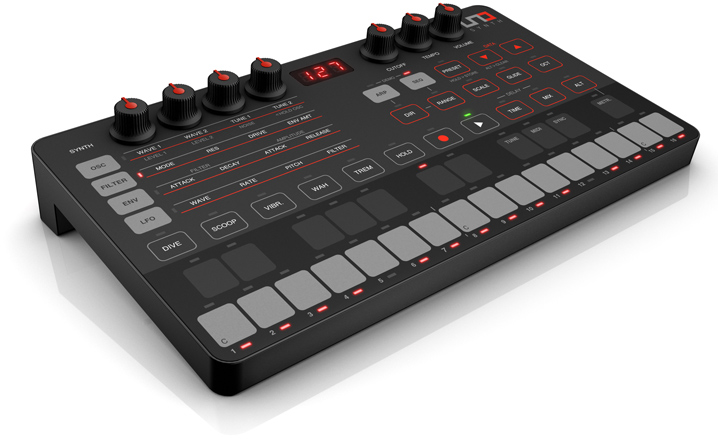 We recently covered IK Multimedia’s announcement of their first analog synthesizer to hit the market. On paper the specs were set to put it in the affordable synthesizer powerhouse category, however I know I was keen to hear if the sound matched up to the huge variety of features packed into this synth.

The idea behind the new IK Multimedia UNO is it’s designed to be the “affordable synth for everyone”, the price point makes it incredibly accessible and the fact that it’s so compact makes it a great synth for producer’s on-the-go. The sound capabilities are vast on the IK Multimedia UNO; it features a multimode filter, and a distortion circuit to take your lush tones into the aggressive EDM territory.

The IK Multimedia UNO features a 16-step step sequencer capable of traditional step sequencing and real time step recording. Furthermore you have the ability to automate up to 20 different parameters per step on the sequencer, there are also various built-in arpeggiator settings to get a quick melody going.

Considering the incredibly small form-factor and affordable price, I’m very impressed by all the audio demos I have found so far! This synthesizer is capable of a variety of staple synth sounds from basses to leads, even some basic pads and tones.

The IK Multimedia UNO synth has a variety of built-in effects to add texture to the basic sound – Dive, Scoop, Vibrato, Wah, Tremolo and a delay with some parameters to get the most out of it. The UNO is packed with 100 presets to use from the get-go, and the incredibly intuitive-layout and easy-to-use parameters makes it the perfect synthesizer for beginners! Its super lightweight (only 400g) and can be powered by AA batteries or USB.

IK Multimedia’s UNO synthesizer retails for under USD $200 (Around R2600 excl. duties), easily the most affordable analog synth (with a host of usable parameters) on the market.

Check out the IK Multimedia website to find out more.

IK Multimedia is distributed by Tuerk Music in South Africa, visit their website to find your nearest stockist.