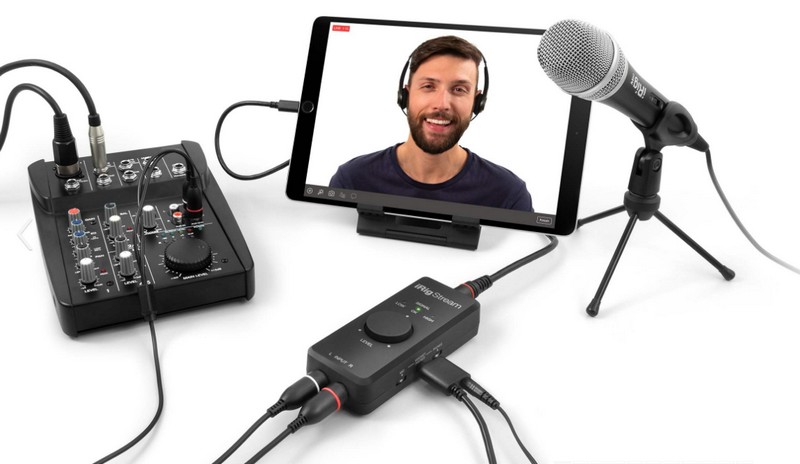 First up is the new iRig Stream, strictly made for streaming on a mobile device or laptop – it’s simple and easy-to-use, it’s got a stereo input with level indicator and volume control.

The iRig Stream is self-powered via the connected device, so no need for extra batteries and power supplies.

The device features a TRRS headphone plug which has an extra line for connecting your phone headset directly into the device to monitor while sending audio from the headset microphone. The device also features a loopback setting allowing you to layer your audio alongside audio from the mobile device or laptop.

Next up is the new iRig Mic Video, a compact shotgun microphone designed for various applications. The microphone is magnetized for easy mounting on several different devices, it also ships with a hot-shoe mount for easily mounting onto a DSLR camera.

The iRig Mic Video features several different connection options, either hook it up to a laptop or smart device via USB or use the analog 3.5mm jack for connecting it up to a DSLR camera. 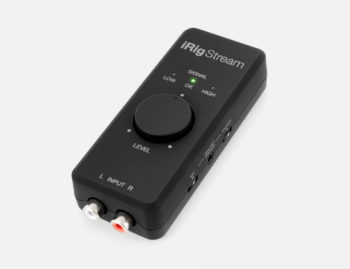 A similar concept to the iRig Mic Video, the two new podcast microphones from IK Multimedia use magnets to mount onto virtually any device, both new microphones feature selectable polar patterns – Cardioid and Omnidirectional, allowing you to accurately capture a single speaker or a group sitting around the microphone.

The iRig Mic Cast 2 connects to your device with an analog 3.5mm jack, while the iRig Mic Cast HD uses a USB connection for high-quality 24-bit/96kHz digital audio transfer.

The retail pricing on the new IK Multimedia mobile audio recording products ideal for streaming is as follows: