The all new IK Multimedia iRig Keys 2 series comes in two models, a compact and a more advanced version. 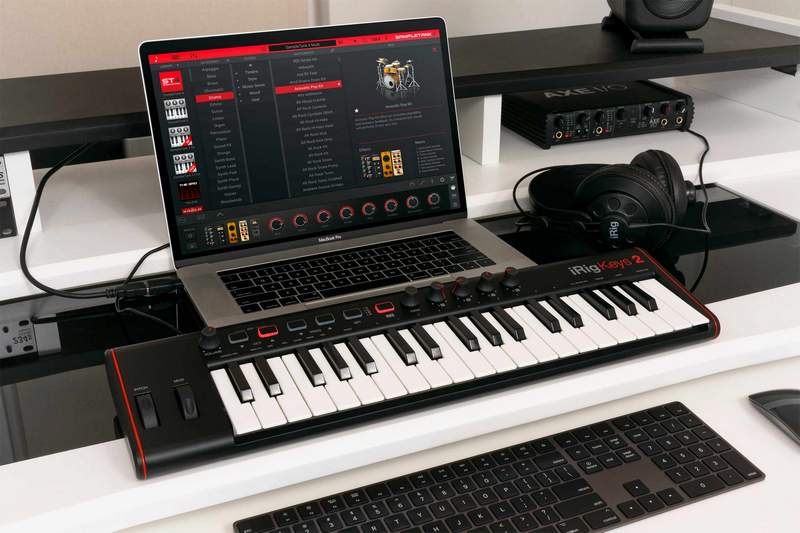 The new iRig Keys 2 series is designed for seamless use with mobile devices, both models work with iOS, Mac, Windows and a host of Android devices. They feature audio output for headphones, good for newer iPhone users. The controllers feature hardware 2.5mm TRS MIDI input and output, allowing you to use them as standalone controllers with other hardware gear. The controllers run on USB power from a laptop or mobile device, they’re even compatible with USB battery packs – making them great master controllers for compact mobile synth setups.

Everything to get you started…

Both models in the new iRig Keys 2 series have parameters and various other controllers along the top, giving you quick access to some helpful settings like cycling through presets in IK Multimedia software and various other functions. There are four parameter knobs, with a shift function – allowing you to MIDI link up to eight parameters within your DAW.

The new iRig Keys 2 controllers are perfect for beginners who want to practice silently in headphones or travelling musicians who need a combination of portability and features. The controllers ship with plenty of apps and software to get you started, from SampleTank 4 SE for PC/Mac to Cubasis LE and other instruments for iOS, even some Android apps.