IK Multimedia has expanded the iRig® Keys 2 series of mobile MIDI keyboard controllers with the addition of the compact iRig Keys 2 Mini. 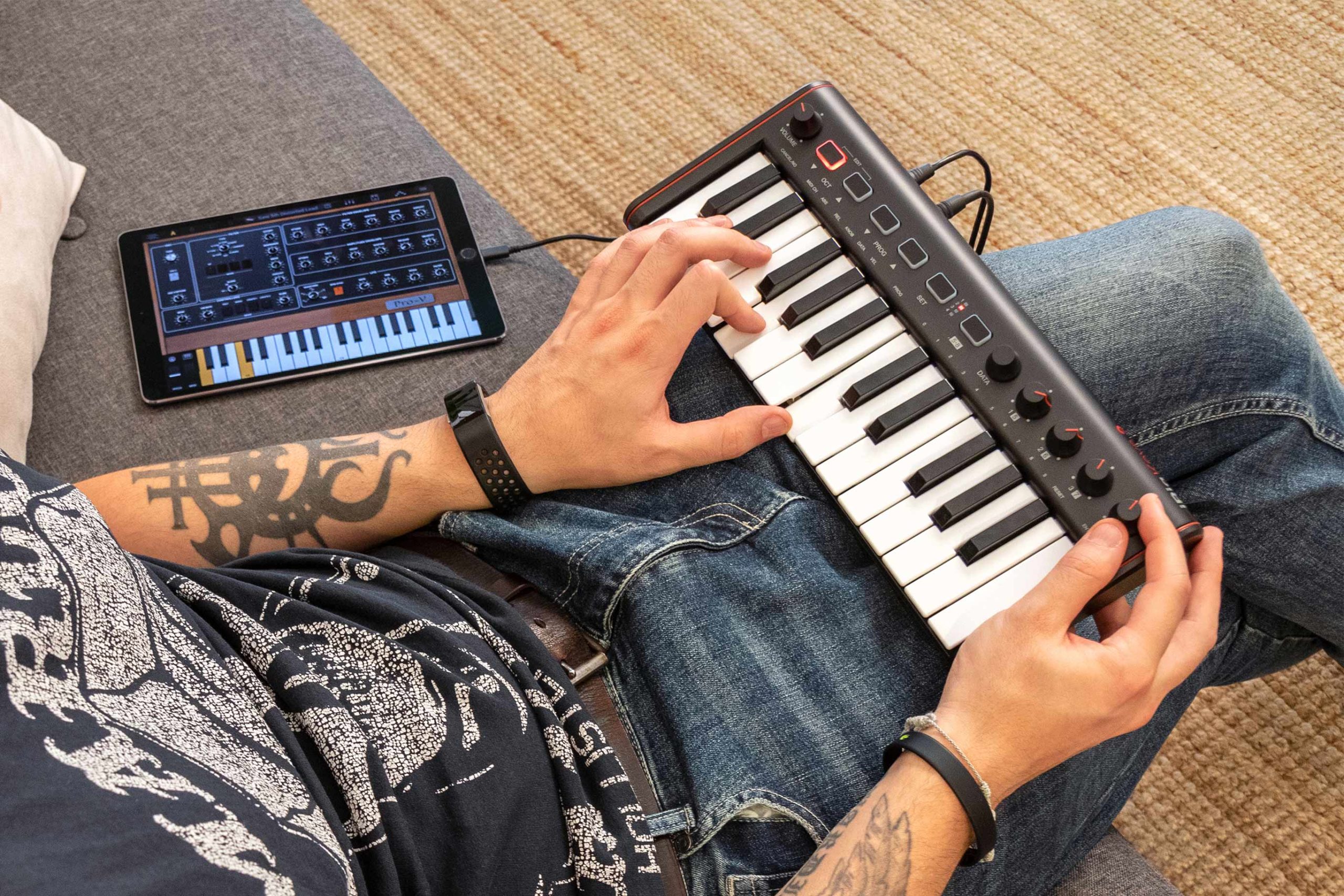 The iRig Keys 2 Mini features 25 mini keys for backpack portability or use in a small studio workplace, and is designed to inspire on-the-go creativity.

DJs, beginner laptop musicians and anyone looking for a high-quality mobile solution can use it to trigger analogue synths, create beats on a smartphone or tablet, control a DAW, and more.

In addition to offering laptop and desktop compatibility, each of these ultra-slim MFi (Made For iPhone) controllers connect directly to iPhones, iPads and most Android models.

They also include a dedicated audio output to connect speakers or headphones – especially useful with newer iPhone/iPad models without headphone outputs.

Each controller also comes equipped with a variety of convenient top panel performance controls plus MIDI IN/OUT for use as a stand-alone MIDI controller or MIDI interface.

For instant inspiration, a selection of powerful music-making apps is bundled with each controller, as well as all the necessary cables.

iRig Keys 2 Mini works directly out of the box with iPhone, iPad and Mac/PC, and is compatible with most Android devices.

A unique headphone output can be used for silent practice or composition, especially while using newer iPhone models.

The audio out can also be used to connect speakers for increased volume and audio quality that surpasses a mobile device’s built-in speakers. 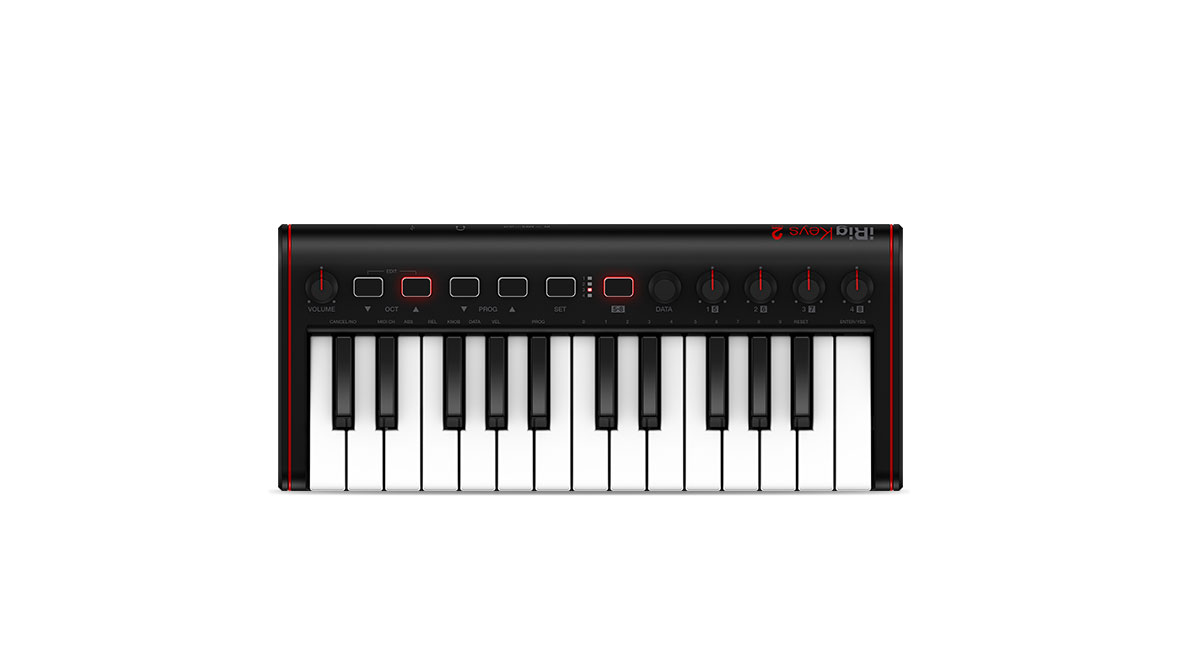 Onboard MIDI IN/OUT enables users to control stand-alone gear such as IK’s UNO Synth and UNO Drum, other synths and drum machines, and more.

While being used with a computer or mobile device, iRig Keys 2 Mini can also act as a MIDI interface to streamline an entire rig.

All iRig Keys 2 controllers can be powered by a computer or mobile device, USB power supply, or USB battery pack, for reliable control while creating, performing or even travelling.

They include volume control, octave up/down buttons, a data push encoder, and a variety of other function buttons.

Custom settings can be programmed to four assignable knobs for easy access to favourite performance parameters.

A convenient Edit mode lets users personalize the controllers and easily recall preferred settings with the touch of a button. 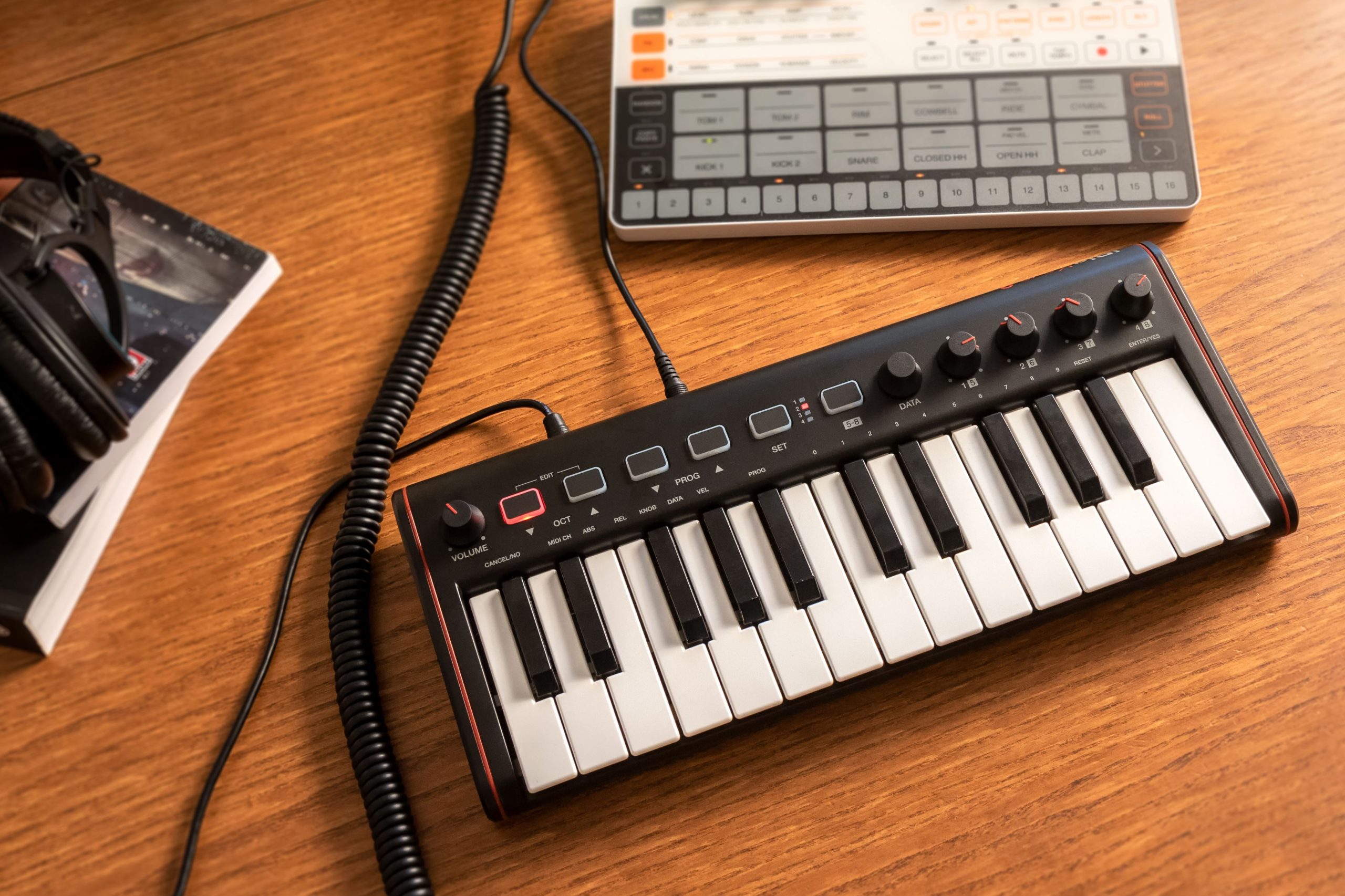 The series is also compatible with many other popular music app titles for iPhone, iPad, Android and Mac/PC, offering endless possibilities for learning, practice, composition or live performance.