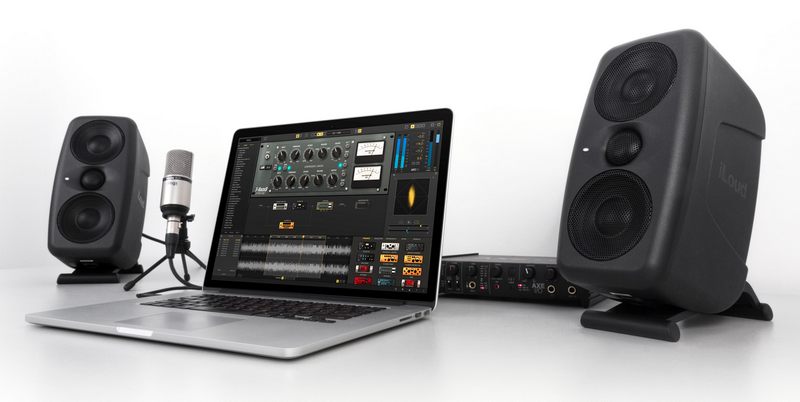 IK Multimedia’s original compact studio monitors, the iLoud Micro Monitors, took everyone by surprise. They boasted incredible performance and an unrivalled frequency response for their size and price-point. Now it’s time to step up the game, the new IK Multimedia iLoud MTM introduce a DSP controlled room calibration system into the compact studio monitor bundle. This makes them ideal for producers and engineers on-the-go, who need to quickly set up in any space, yet still maintain a fairly linear frequency response across the board.

The new IK Multimedia iLoud MTM studio monitors are capable of reproducing frequencies accurately between 40 Hz and 24 kHz, and they put out a thundering 100w RMS per speaker. Now, these may seem like fairly average specs, until you consider the size of the IK Multimedia iLoud MTM. They weigh in at 5 kgs for the pair! and consist of a dual 3.5” woofer and 1” tweeter.

How do such small speakers achieve such a linear response?

The IK Multimedia iLoud MTM package ships with ARC reference microphone which you use to calibrate the speaker to your room. The package also includes decoupling stands that double up as tilting mounts to maintain the perfect placement of the monitors in almost any application. The IK Multimedia iLoud MTM monitors also allow for horizontal placement, due to their symmetrical design and phase-coherent response, and also include a decoupling base for this placement and various stand-fitting options.

The iLoud MTM studio monitors are set to retail at EUR €349.99 (Around R5600 excl. duties), considering you’re getting a pair of highly-spec’d studio monitors and a room-calibration system, that’s a great deal!

For more information check out the IK Multimedia website.