The new IK Multimedia AXE I/O is everything that a guitarist needs to get into recording and production. 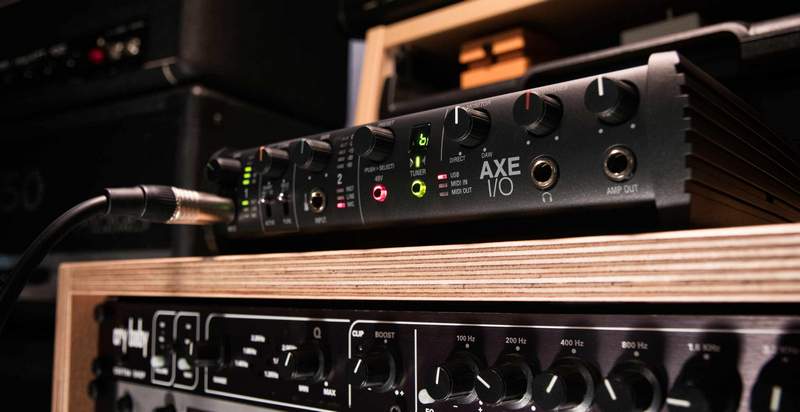 The new audio interface combines the best of both worlds, with its clean discrete Class A preamps and switchable JFET preamp for a warmer, tube-like sound. The IK Multimedia AXE I/O is designed to give you the best guitar sound straight out of the box, with a host of tone-shaping capabilities directly on the front-panel. There’s a “Z-Tone” section with a variable control for dialing in different tones and an active/passive pickup selector for getting the right amount of gain for your Guitar. There’s even a built-in tuner on the front panel, that just adds to the overall intuitiveness of the design.

The IK Multimedia AXE I/O also features an assignable preset encoder for quickly switching between software presets on the bundled applications. At the rear there are two inputs for footswitches and expression pedals, which you can assign to various parameters in your software.

Let’s have a look at the specs…

As far as affordable, high-end audio interfaces go, the IK Multimedia AXE I/O ticks all the boxes. It’s capable of 24bit/192kHz, it’s got multiple assignable outputs and MIDI I/O. It’s not only capable of recording Guitar, you can switch over to the mic inputs and bypass the JFET preamp for a cleaner sound.

The IK Multimedia AXE I/O has an amp output, capable of putting out a Guitar level signal, perfect for sending back to FX pedals or re-amping a signal through various amps and settings. There are four monitor outputs for hooking up multiple pairs of reference monitors or external processors.