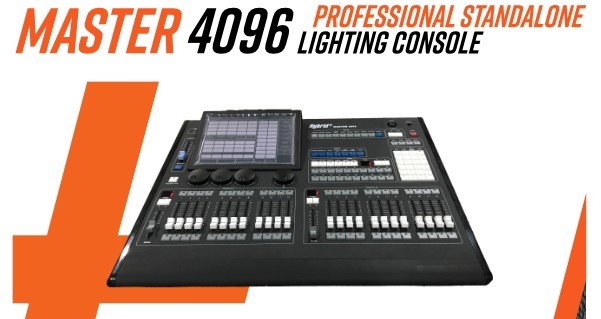 First up in the new line of Hybrid+ Lighting Consoles is the MINI 1024, with a total of 1024 channels with 2 individual optical isolated DMX outputs and network interface.

It’s equipped with a 7” TFT-LCD touchscreen allowing for in-depth control over your show’s lighting system.

The physical parameters are made up of four backlit encoders, 15 linear faders with 40 assignable pages and 20 playback keys also with 20 pages to flip through.

There is also an in-depth Colour mixing system allowing you to control fixtures which have dedicated RGB or CMY channels.

The unit features internal memory to backup and store show data, as well as the ability to plug in an external USB hard drive for storage. The unit also features MIDI in and out, allowing you to connect it alongside various other consoles or trigger effects using your music equipment. 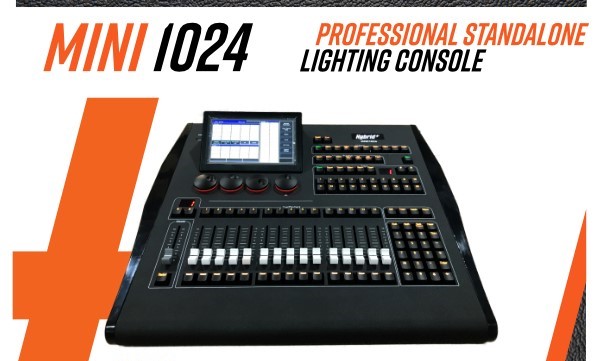 As the name suggests, it boasts up to 4096 channels, with six individual optical isolated DMX outputs.

The unit features 30 pages of 24 linear faders alongside 20 pages of 20 playback keys, allowing for hands-on control of even your most demanding lighting shows. It’s also got the same colour mixing system as mentioned above.

The MASTER 4096 features an additional shortcuts section, which provides you quick access to various assignable parameters.

The unit also features the four optical encoders for fine-controls, internal memory, USB storage capabilities and MIDI in and out.

For more information check out the Viva Afrika website here.