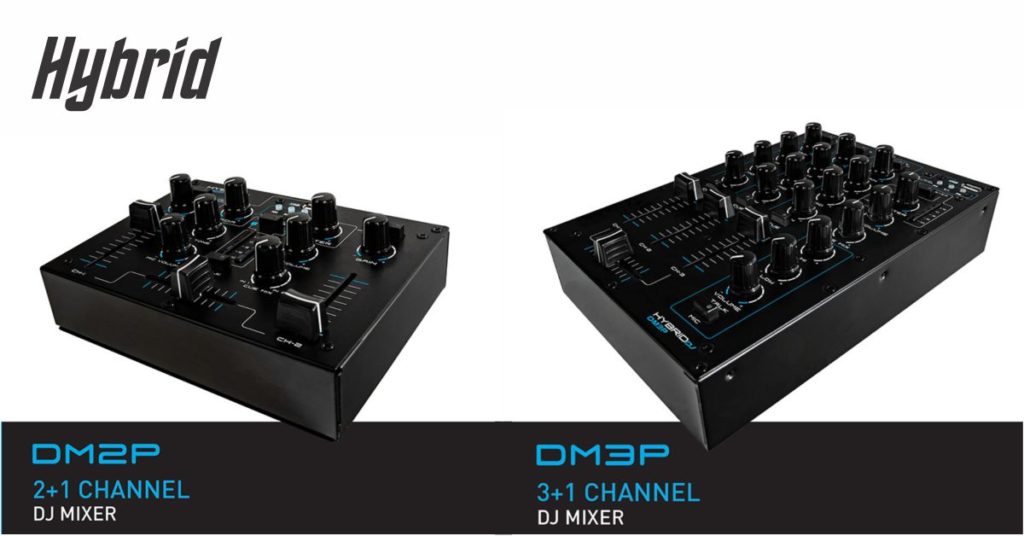 There’s a third channel for microphone input, featuring tone control and dedicated volume control. The mixer itself is a little bit limited for traditional DJ mixing, as it lacks the three-band EQ per channel, it’s certainly suited to mobile DJs looking for a compact solution or backup mixer.

The Hybrid DJ DM2P features an integrated MP3 player, allowing you to play files directly from a flash drive – great for playing backtracks while you’re setting up at a gig.

The mixer also features the 45mm line faders and crossfader, headphone cue output with various settings – so you can get basic transitions going, but like I said the lack of three-band EQ might set you back from more advanced mixing. 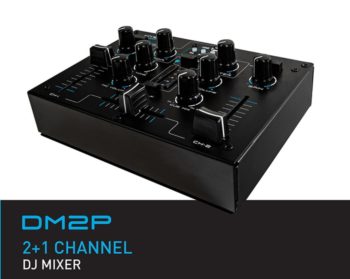 The mixer has three main channels, switchable between line and phono, and an additional microphone channel with two-band EQ control. It also features the USB-MP3 player, great for setup and backup purposes.

Both models in the Hybrid DJ Mixer series are incredibly affordable, they’re housed in a rugged metal chassis, and feature an assignable Master/Cue VU Meter, a stereo master output and an additional output to record your mixes.

The retail pricing on the new mixers is as follows: