The GoPro Hero8 Black is more than just an action camera, with several new features for a ton of applications. 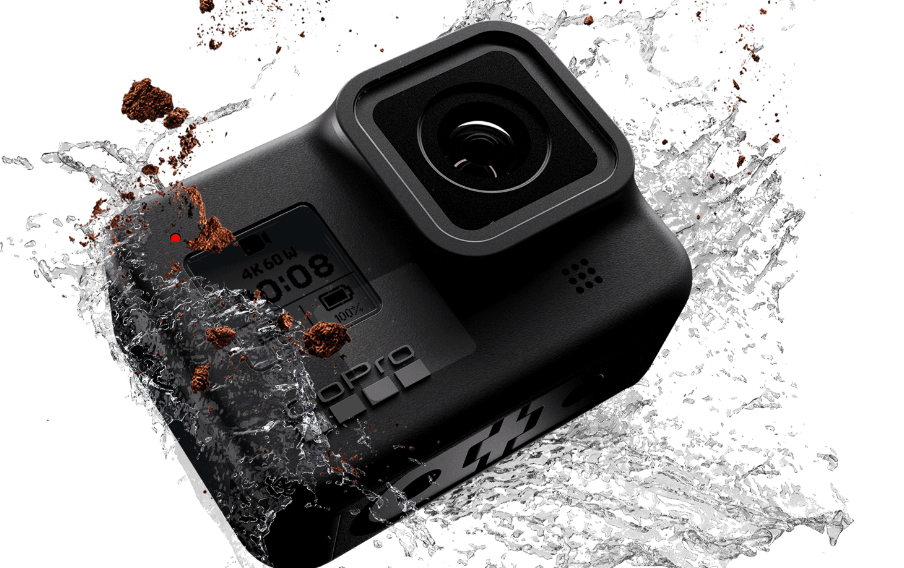 While GoPro cameras have long been the choice of action sports enthusiasts, the latest update adds several features that make it a viable option for vloggers, media producers and pretty much anyone looking for an affordable all-in-one solution to record themselves.

One of the biggest additions to the new GoPro Hero8 Black is the integrated frame, on previous models the external frame was essential for mounting the camera onto various stands and modifications – the problem with the frame is it enclosed the battery and SD card compartment, making it a bit of a hassle to swap out memory and batteries on-the-fly.

The new model features mounting fingers that are integrated into the chassis, and straight out of the box is waterproof up to 10m.

Hyper smooth stabilization is now available at all resolutions and frame rates and includes various customizable settings to vary the amount of stabilization that gets applied. You can live stream directly from the device, shoot in 8x slow motion and it includes a nifty automatic hyperlapse mode.

A new addition to the GoPro ecosystem is a series of accessories that they’re calling “Mods” – these are attachable frames which each house various accessories for different applications. The Media Mod includes a built-in shotgun microphone, a 3.5mm audio input, an HDMI output and two cold-shoe mounts for extra accessories.

The Display Mod adds a flip-up screen making vlogging much easier, and the Light Mod adds a powerful LED light for enhancing those dark environments.

I’ve generally steered DJs and gigging musicians away from previous GoPro models, while the video quality and performance are fantastic, the audio options have always left much to be desired.

However, even the base model of the new GoPro Hero8 Black boasts enhanced audio, with three integrated microphones – and you simply need to add the Media Mod for a more professional audio solution.

For more information check out the GoPro website here.