The Gamechanger Motor Synth is the world’s first electro-mechanical desktop synthesiser and the unique synth’s crowdfunding campaign has just launched. 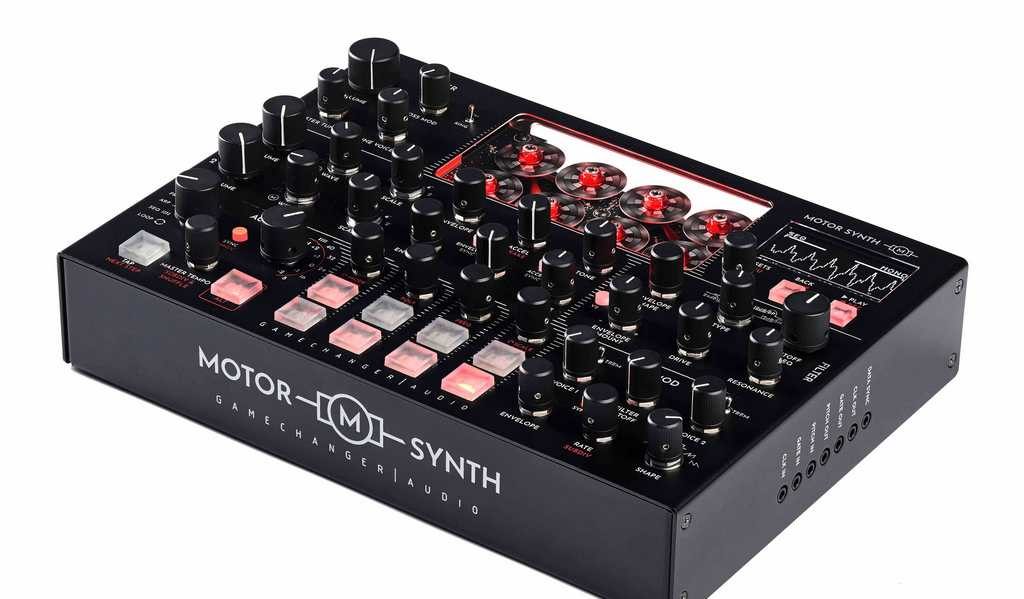 The Gamechanger Motor Synth is  a unique take on synthesis.

Instead of using traditional electronic components to generate and manipulate tone this synth uses eight electric motors to generate the sound in a more electro-mechanical sense.

It’s made up of 2 main “oscillators”, each of which uses both optical and electromagnetic techniques to generate audio sources. It’s capable of four voices of polyphony and has various unique modulation capabilities using the motors as unique LFOs and other mod sources.

The Gamechanger Motor Synth also has an awesome look to it, giving the user visual feedback of the actual motors which are generating the sound. The motor bank is illuminated with red LEDs and there’s a transparent window on the front panel and rear giving you an insight into the inner workings of the synth.

Not a traditional synthesizer in any sense of the word…

The Gamechanger Motor Synth is truly unique – both in aesthetics and tonal character, it’s probably not something I would recommend as your first synthesizer purchase (unless you’re looking for this particular style and sound of course), due to the fact that it’s unlike any other synth on the market and probably has a steeper learning curve than the more traditional stuff.

That being said, this is a great option for those synth collectors who already have all the sounds they could create with traditional synths but they’re looking for something to stand out.

The Motor Synth’s crowdfunding campaign has just launched, and it offers limited pre-order slots at a discounted price.

Check out the Indiegogo campaign here.

For more information check out the Gamechanger Audio website here.