FabFilter Saturn 2 is a top-to-bottom redesign of the Saturn interface which sees improved visualization and ease of use.

Modulation is now comprehensively visualized at both source and target, too, with colour-coded collars and tracks on knobs and sliders animating in response to modulation input, the source flow area giving an eye-catching overview of all mod signals, and indicators on controls and bands showing which parameters are being modulated at a glance. 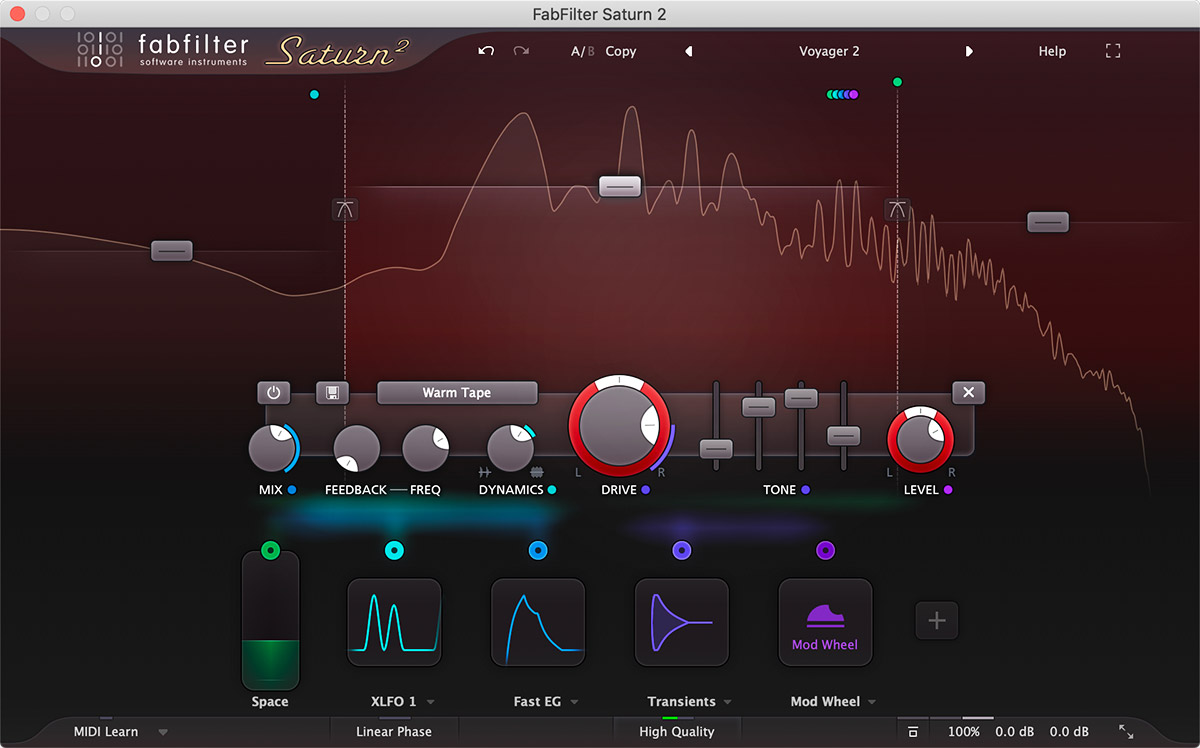 Fabfilter Saturn 2 almost doubles the number of distortion styles on board from 16 to 28.

With virtually no limit placed on the combination of 16-step XLFOs, Envelope Generators, Envelope Followers, XY Controllers, and MIDI sources that can be used in a preset, Saturn 2 takes the whole system to the next level.

Curve the Envelope Generator’s Attack, Decay, and Release stages for a smoother or more aggressive response, activate the Envelope Follower’s new Transient detection mode to tightly track drums and percussion, and route discrete band inputs to both Envelope sources as triggering signals — pulverize hi-hats to the rhythm of the kick drum, for example.

The XY Controller’s new Slider mode, meanwhile, slims it down to vertical-only operation, and the XLFO benefits from legato MIDI triggering and targeting of the Frequency Offset and Balance parameters for modulation. And with custom naming of individual mod sources now possible, users can customize their Saturn 2 presets for effortless navigation. 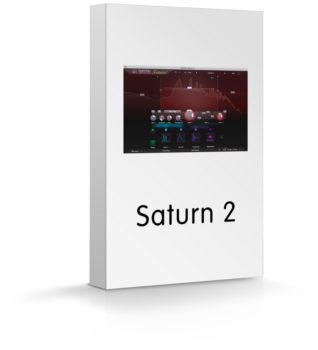