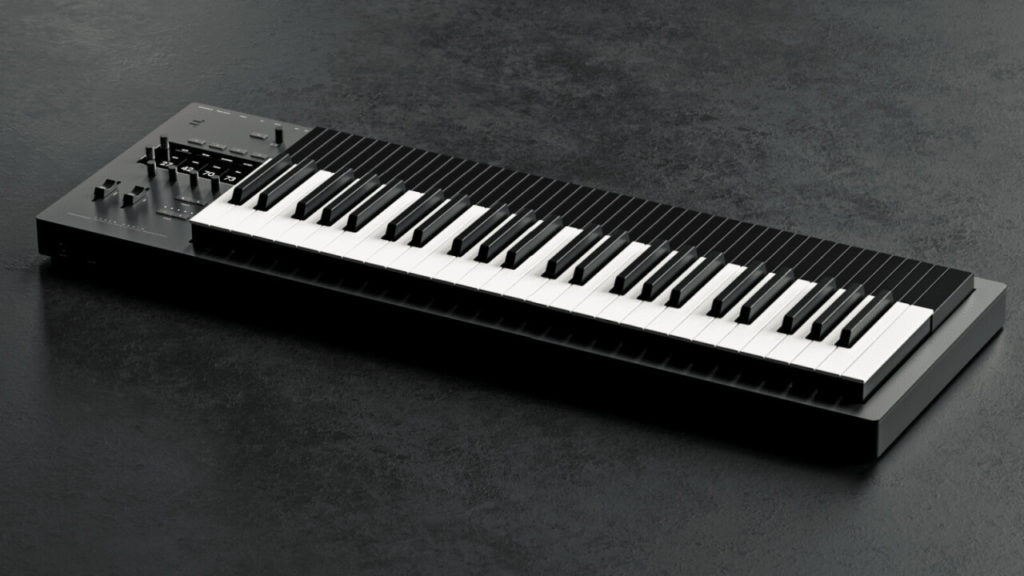 The new Expressive E Osmose is the result of seven years of research and development as well as feedback from world-renowned artists.

Expressive E first made a name for themselves with their incredibly unique Touché controllers, the new Osmose synthesizer takes a similar approach although expanded across a full 49-key keyboard and including a sound engine specifically designed for expressive controllers.

Osmose elevates a player’s experience by introducing a new landscape of physical gestures for musicians to interact with sounds like they never have before.

Tap gestures for traditional Piano articulation, apply slow pressure to the keys for a string-like articulation, wiggle the keys side-to-side for vibrato, up-and-down for tremolo. You can even set up a full strum of notes on a single key, and apply aftertouch modulation.

The system is fully polyphonic, allowing for every note to be articulated independently with unique modulation possibilities.

Expressive E has teamed up with Haken Audio to incorporate their EaganMatrix sound engine into the Osmose synthesizer, it’s a modular engine capable of physical modelling, additive, subtractive and FM synthesis, and it was designed with expressive instruments like Haken Audio’s Fingerboard in mind.

The new Osmose also ships with an extensive library of editable presets, all designed to take advantage of Osmose’s expressive nature and covering everything from detailed acoustic and electronic sounds to raw synth and organic textures.

The system is capable of a total of 24 voices of polyphony and offers a layer and split mode with various settings. It’s got eight encoders and nine buttons for tweaking parameters, a pitch/mod section and an LCD screen for parameter display.