Envision Sound Strata is a new Ableton Live controller that makes use of advanced Max4Live scripts for unmatched performance capabilities. 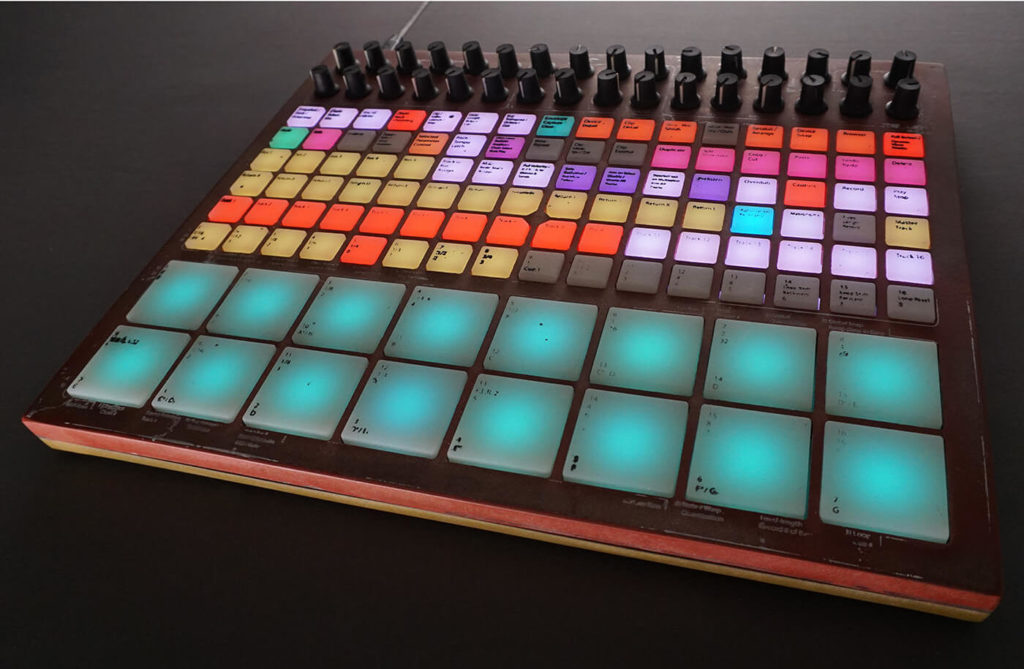 On the surface, the Envision Sound Strata may look like your average Ableton Live controller, however, it goes a lot deeper than you might imagine. The developers are calling Strata “a control system” because it takes advantage of some advanced Max4Live scripts to add almost infinite hands-on performance capabilities and music production potential.

I’m sure most seasoned Ableton Live professionals know who Isotonik Studios are, they’re the developers behind nativeKontrol and ClyphX Pro – the two scripts that form the foundation for the control system that Strata is built on.

These scripts are basically languages that speak directly to Ableton Live which expand far beyond the capabilities of traditional MIDI inside the DAW.

Like most pad-based Ableton Live controllers, Strata does offer clip launching, however in a slightly different way. You don’t get hands-on control over all the clips in your project like you would for example on a Launchpad or Push. You only have access to a single lane of clips at a time; however, you can select multiple tracks and fire off clips on all of those channels simultaneously.

“This product is the result of approaching 15 years of passion and dedication to the love of all things music, and I’m thrilled to have taken it this far of my own accord and perseverance, to the point of a working prototype, the manufacture-ready design, and the custom software script”. said Galen Farrel of Envision Sound.

Envision Sound Strata is currently on a Kickstarter campaign to raise enough funds to begin official production, however, there is already a prototype out there and it looks awesome so far. Backing the campaign with USD $550 (Around R8400 excl. duties) will get you a unit from the first production run while pledging USD $900 (Around R14k excl. duties) will get you two units.

For more information check out the Kickstarter campaign here.