Create your own synth with Electro-smith Daisy

Introducing the Electro-smith Daisy, an embedded platform for audio – similar to Teensy and Arduino but specifically designed for audio processing. 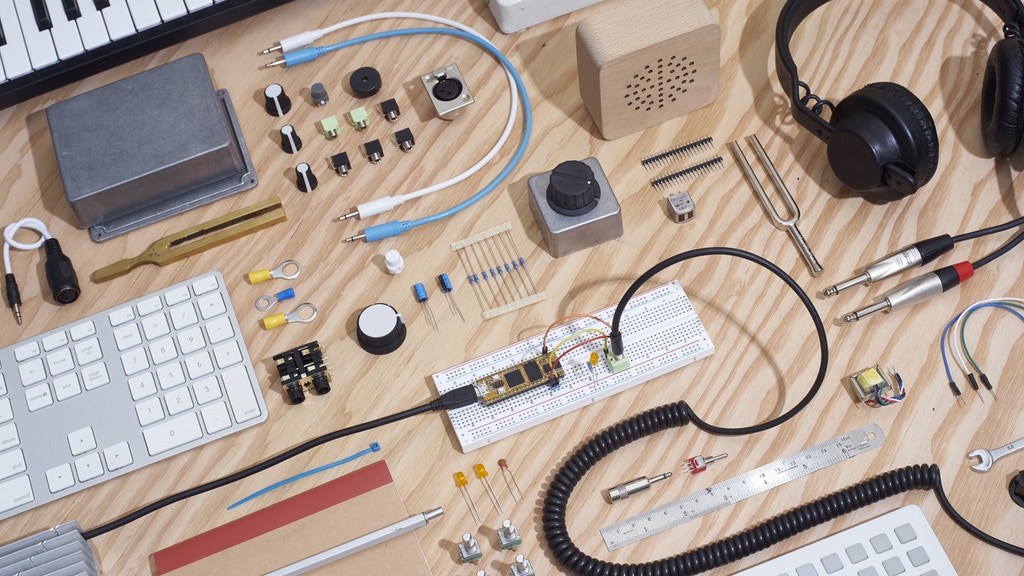 The Electro-smith Daisy is a new embedded platform to help you create your ideal musical instruments, it’s similar to platforms like Teensy and Arduino – however, it’s designed specifically for audio processing – so it supports stereo and high-resolution conversion.

The Daisy is just a bit bigger than a flash drive, making it able to fit into a huge variety of form-factors – in fact, Electro-smith has various Daisy-powered instruments to help you get started quickly.

These include a desktop synth, guitar pedal, Eurorack module and breakout board which has stereo I/O, MIDI and a few parameters – so you can even make a unique compact synth out of that.

The core idea behind this platform is to build an entire open-source community for sharing code and ideas. There are already a variety of examples available on Daisy’s GitHub page, from oscillators to filters and more.

The Electro-smith Daisy supports a variety of different programming languages, making it ideal for beginners – it supports C++, Arduino, PureData and MaxMSP.

The unit itself features 64mb RAM and a clock speed of 480 MHz – it’s capable of audio transfer at 32bit/96kHz.

The fact that it’s open-source and has a variety of different instruments it can work with, it makes it a great tool for studio experimentation, live performance or developers to test out their new ideas.

The Electro-smith Daisy platform itself retails at USD $29.99 (Around R460), it’s currently on a Kickstarter campaign and they will be announcing the official retail pricing on the Daisy-powered instruments at the end of their campaign.

For more information check out the campaign here.