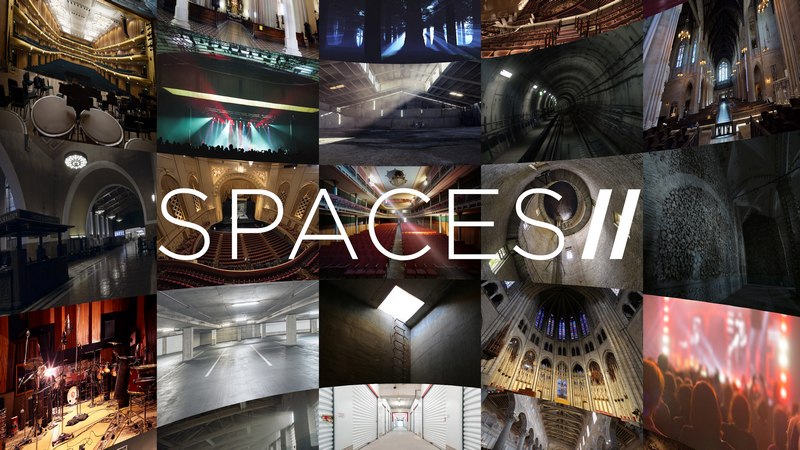 The sequel features a redesigned user-interface with a more streamlined layout with new parameters. The developers are calling EastWest Spaces 2 the “most powerful and versatile convolution reverb engine on the market”. One of the spaces included in the original release of the reverb plugin, came with “Instrument Specific Reverbs” which aimed to take the guesswork out of post-processing. The technique was so popular, it’s been introduced into six venues in EastWest Spaces 2. The concept behind the instrument specific reverbs is to capture the impulse response as if the speaker array generating the tone was a specific instrument in the orchestra, the result is a more realistic sound when applied to that instrument in post-production.

A huge variety of new spaces have been added to the plugin, from venues like Abravanel Hall in Salt Lake City, Reynolds Hall in Las Vegas, and the War Memorial Opera House in San Francisco to churches, catacombs and even Union Station in Los Angeles. The impulses are recorded in true stereo for utmost realism, with some offering up to eight channels for surround mixing.

Why does it sound so good?

The developers claim that only the best audio equipment from Neumann microphones to ATC speakers was used in the recording of the impulses in EastWest Spaces 2, in order to maintain the pristine quality that EastWest is known for.

All-in-all EastWest Spaces 2 packs in over 1000 reverbs, with 372 instrument specific reverbs across six of the venues. They’ve added a Decay Time control to alter the response of the impulses to better suit your needs, and EastWest boast that the recording was done using the cleanest signal path possible, in order to reduce unwanted noise and artefacts in the reverb algorithms.

EastWest Spaces 2 is not cheap, it’s retailing at USD $299 (Around R4000) however judging by the sound of it, it’s certainly a high-end plugin designed for professional users and reverb-lovers alike.