Denon DJ streaming from their PRIME series sets them ahead in the game. 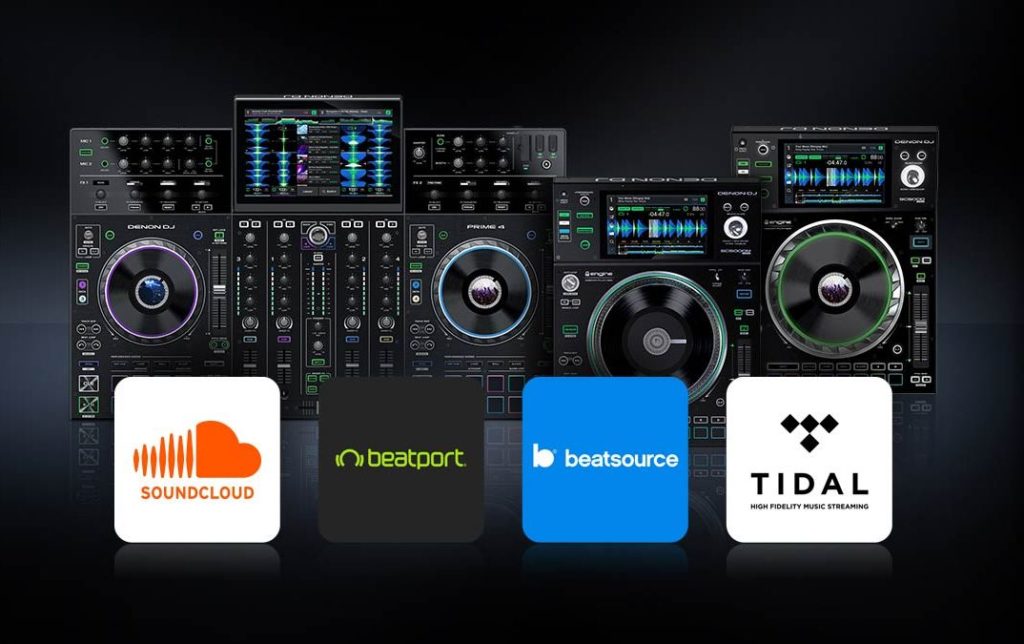 Streaming is currently a buzzword in the industry, whether you’re for or against, it’s here.

Most of the DJ software developers have either announced or have been teasing the integration of streaming services into their software environments, however Denon DJ has just taken the bold step of being the first manufacturer to integrate streaming directly into their standalone hardware.

The Denon DJ Prime series, consisting of the Prime 4 complete standalone DJ system, SC5000 and SC5000M media players, will be seeing the introduction of the new streaming integration in an upcoming update.

The touchscreen interface on the Denon DJ Prime series units will allow the user to log into various streaming services such as Soundcloud, Beatport, Beatsource and Tidal, and instantly get access to their favourite tracks and playlists to mix with.

The tracks that you load are buffered into the internal memory of the Denon DJ Prime unit in case of network failure or disconnect.

This is a huge announcement for mobile DJs or those who take a lot of song requests, you can instantly search and call up a requested track and not have to carry external hard drives full of backup music.

The future is now…

Granted there are still a few steps to take to get streaming platforms standardised to a professional audio quality, Tidal and I’m sure a few others soon do offer lossless audio quality. Imagine being able to arrange your playlists online beforehand, simply turn up at the gig, log into your streaming account and play your set. You’re at the mercy of a Wi-Fi or hardwired internet connection, which sometimes aren’t the greatest here in South Africa – however the concept is there.

Denon DJ have stated that they’re working on integrating the hot-cue and loop points system into the streaming capabilities, I’m not sure whether they mean you will be able to save those cue-points to the cloud, but again this would be super helpful for those who prepare their sets with cues.

For more information on Denon streaming check out the official press release here.