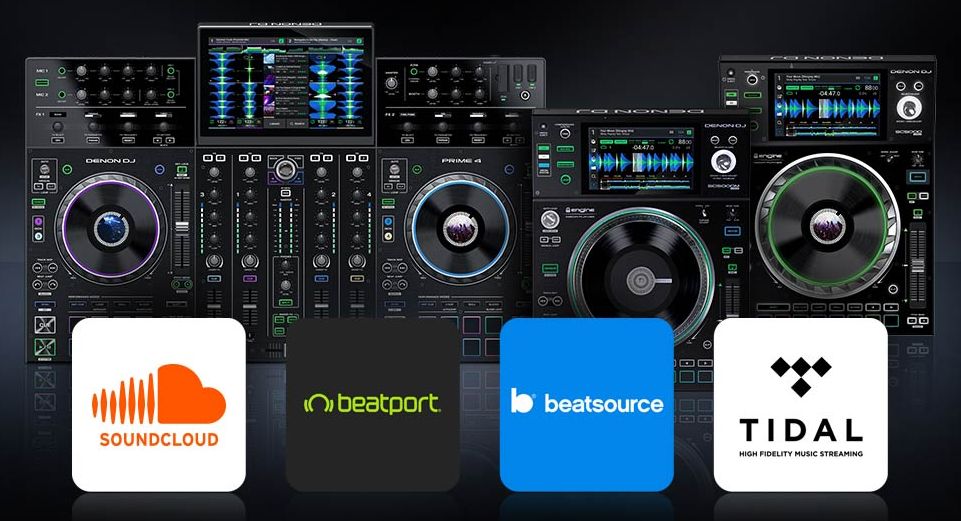 The latest firmware update, Denon DJ Engine Embedded v1.4 beta2, allows the SC5000 and SC5000M Prime media players to join the Denon DJ Prime 4 all-in-one standalone system, as hardware DJ systems which are capable of directly streaming music without the need of a laptop or third-party software. With the launch of the update, Tidal and Denon DJ are giving Denon DJ SC5000 and SC5000M Prime media player owners a three-month free trial of the Tidal service.

Whether you are for or against streaming in the professional DJ industry, it is slowly becoming the norm, with most of the software applications now offering some form of streaming capabilities and now standalone hardware systems introducing it.

Tidal is one of the few streaming services that actually offers high-resolution music streaming, you will need a “Tidal HiFi” subscription, but the fact that you have access to professional quality music at your fingertips is a big deal. For now, it’s just Tidal which has been added to the new Denon DJ firmware update, however, I’m sure that in due time we will see the rest of the streaming services jump onto the bandwagon.

For more information, check out the Denon DJ website here.