Since release, Denon’s Engine Prime software has grown in power and is now cross compatible with the MCX8000 and the SC5000 media player. It is similar to Rekordbox, with its own exciting features. 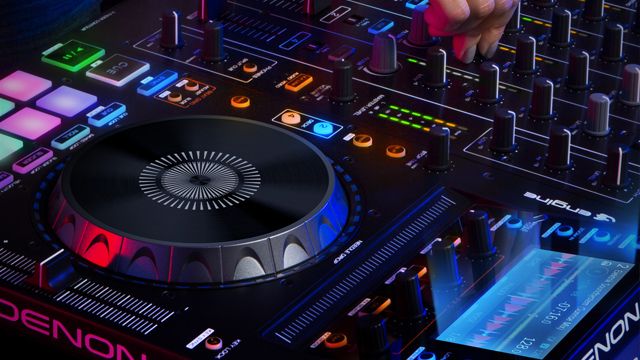 The concept behind Engine Prime is an intuitive track management and analysis system. The power of using the software alongside Denon’s SC5000 players, means you’re able to analyse all your tracks and create custom loops, cue points and a host of other advanced settings beforehand – allowing you to focus on the more important tasks while performing.

Engine Prime automatically grabs all your iTunes and Serato crates’ information, making browsing your library a breeze. You’re able to create and name custom cue-points and loop-points to recall on-the-fly, you also can adjust the beat-grid and even create “elastic beat gridding” which is a handy tool for tracks that aren’t locked to a specific tempo.

A very handy feature of the Denon Engine Prime software, is the ability to open up a second track layer. This allows you to practice some routines and transitions without having to connect a mixer or other hardware, this is a great feature for touring DJs or performers on-the-go.

Denon DJ MCX8000 users felt left behind when the Engine Prime software was announced, until now.

Now you’re able to use your Engine Prime prepared drives in your Denon DJ MCX8000, effectively bringing the MCX8000 into the Denon Prime family.

The firmware update also brings a host of new features to the MCX8000 including microphone settings, quantization settings and improved beat gridding.

If you’re a MCX8000 owner be sure to update to the latest firmware to take full advantage of all the new features on the unit alongside the new Engine Prime integration.

Sign up at the Denon DJ forums to access the latest firmware update, check it out here