Virgil Abloh is a fashion designer and DJ amongst other things, he recently teamed up with Pioneer DJ for a project. 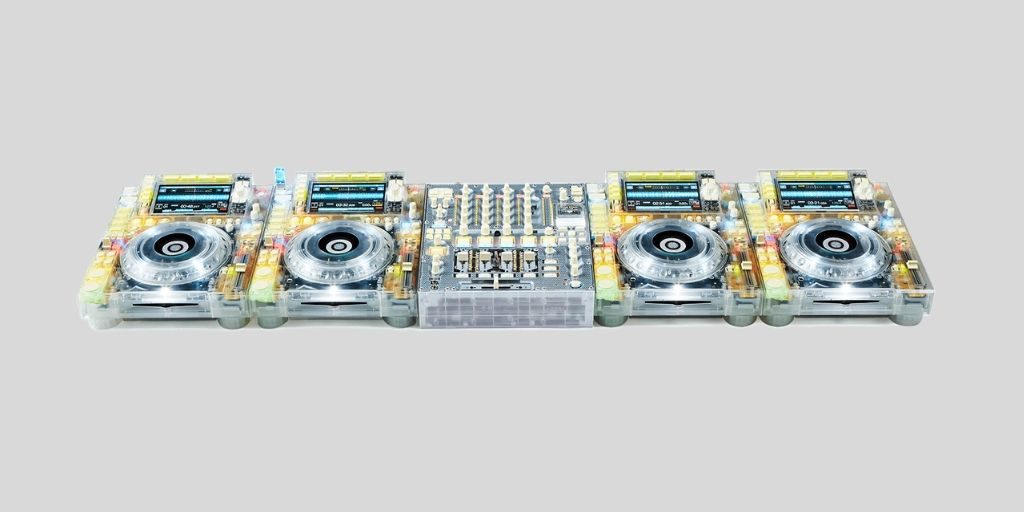 Virgil Abloh and Pioneer DJ made headlines during Coachella festival 2019 when they unveiled their collaboration project to the public. The fully transparent DJ setup consisted of four Pioneer CDJ-2000NXS2 and a DJM-900NXS2, while this setup is somewhat of an industry standard, the units had been given a totally new aesthetic.

Virgil Abloh is an established American fashion designer, having previously worked for Louis Vuitton, he’s also a DJ and has worked with several big-name artists in the music industry such as Kanye West and Jay-Z. This is what he had to say about the collaboration project with Pioneer DJ, “As a means to give a new look and feel to the industry standard of the CDJ and DJM I aimed to design a see-thru and non-labelled rendition of the classic models to inspire a different sound while DJing. And perhaps a new way for music technology and human interaction to equal a different result.”

There are no marking on the mixer and decks? How do we use it?

Virgil Abloh and Pioneer DJ have not yet announced whether the new transparent setup will be commercially available at any point. They were designed and manufactured specifically for Virgil’s performances, considering he probably know his way around the equipment the lack of markings adds to the industrial aesthetic. They’ve left the arrangement of coloured LEDs the same as on the original, which does help somewhat with navigation and due to the transparent nature of the system actually adds a cool effect.

For those who always wondered what made Pioneer CDJ’s and Mixers so expensive and haven’t seen the sheer amount of engineering on the inside of one of these units, check out the pictures. The system will also be on display at Virgil Abloh’s “FIGURES OF SPEECH” exhibition at the Museum of Contemporary Art in Chicago from 10 June till 22 September 2019.

For more information check out the official project website here.

Everyone needs a Mami!