Captain Beat is a new plugin by Mixed In Key, aimed to make the beat making process much more fluid. 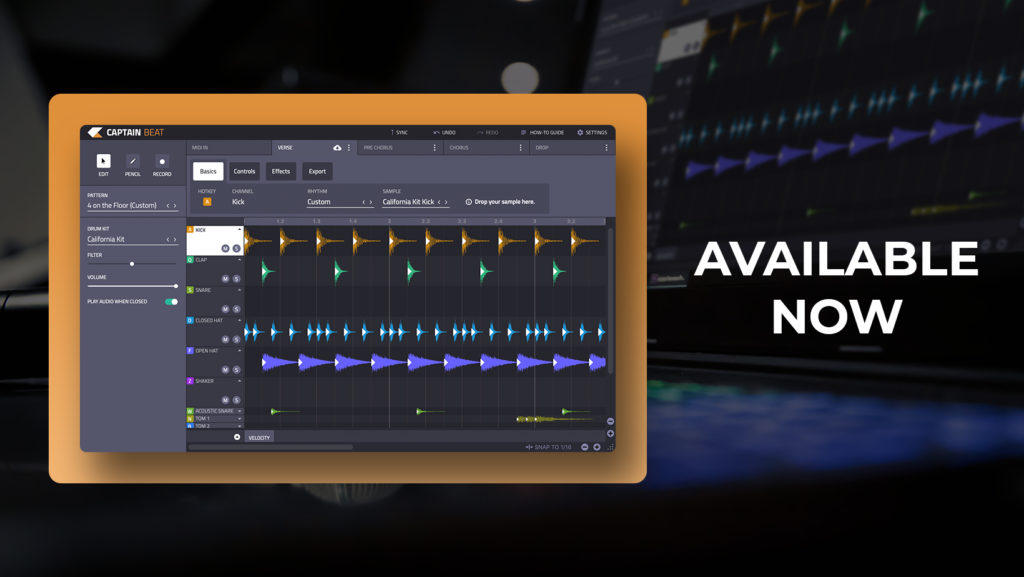 Captain Plugins is a bundle of plugins aimed to speed up the music-making process. The bundle is made up of a series of tools for creating rhythms, chords, beats and more.

Captain Beats is the all-in-one beat programming tool – it comes with a variety of pre-made styles and patterns to get you started quickly, alongside very useful tools to create your own patterns from scratch.

Captain Beat comes packed with a huge variety of sounds and rhythms for tons of different genres. The display is super nifty, you get an instant audio waveform display as soon as you load a sound into a track within the plugin, so you can see where overlaps and other issues may be occurring.

The plugin has onboard effects such as reverbs, delays and more, alongside several sound design parameters for fine-tuning each of the samples.

You also have the ability to bounce a stereo mix, individual channels or a MIDI clip of the arrangement that you have created. The plugin also allows you to load up your own samples, making it great for beginners and seasoned beatmakers alike.

For more information check out the Captain Plugins website here.