Behringer Wasp Deluxe, another remake of a classic synthesizer 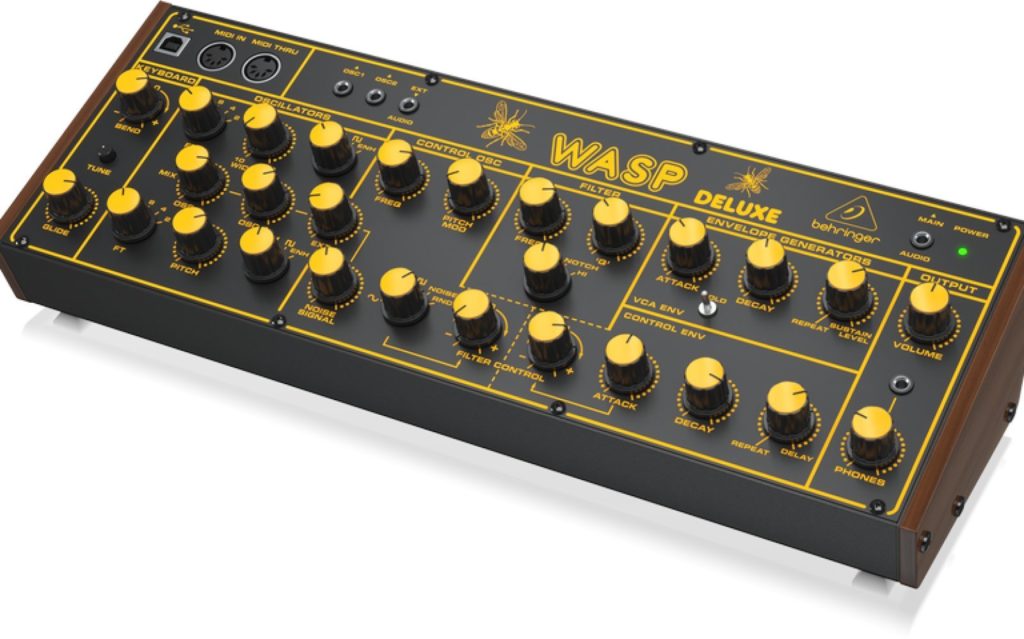 1978 saw the release of the iconic British black and yellow synthesizer, the EDP Wasp, which quickly became well-known for its distinctively dirty sound.

The original Wasp was one of the first commercially available compact synthesizers to make use of digital oscillators, this drove the price down drastically – making the Wasp around half the price of its competitors.

Chris Hugget is the brain behind the Wasp synthesizer, and for those who don’t know, he was also an integral part of the design of many Novation products.

The new Behringer Wasp Deluxe features an authentic recreation of the original 1978 circuitry with matched transistors and JFETs, the oscillators themselves are digital like the original design, but thereafter the synth features a full analog signal path.

The original keyboard on the Wasp was unique in that it used conductive copper plates to trigger notes – this made for rather an inexpressive playing experience, they later released the Wasp Deluxe which featured a more professional keyboard, however Behringer have chosen to do away with the keyboard entirely, in favour of their Eurorack compatible form-factor.

Behringer has added some modern features to the classic design…

The original Wasp synthesizer predates MIDI, much like most of the real classic analog synths, however the new Behringer Wasp Deluxe features USB/MIDI alongside DIN MIDI In and THRU ports. It can be set up in a poly-chain of up to 16 voices, and features some Eurorack compatible patch-points – however no CV/Gate control is present, only individual oscillator outputs and an external audio input.

The Wasp Deluxe is already available on pre-order, it’s retailing at USD $299 (Around R4500 excl. duties).

For more information check out the Behringer website here.