The Behringer RD-808 drum machine was scheduled for release in August, however exciting new features are pushing the date back. 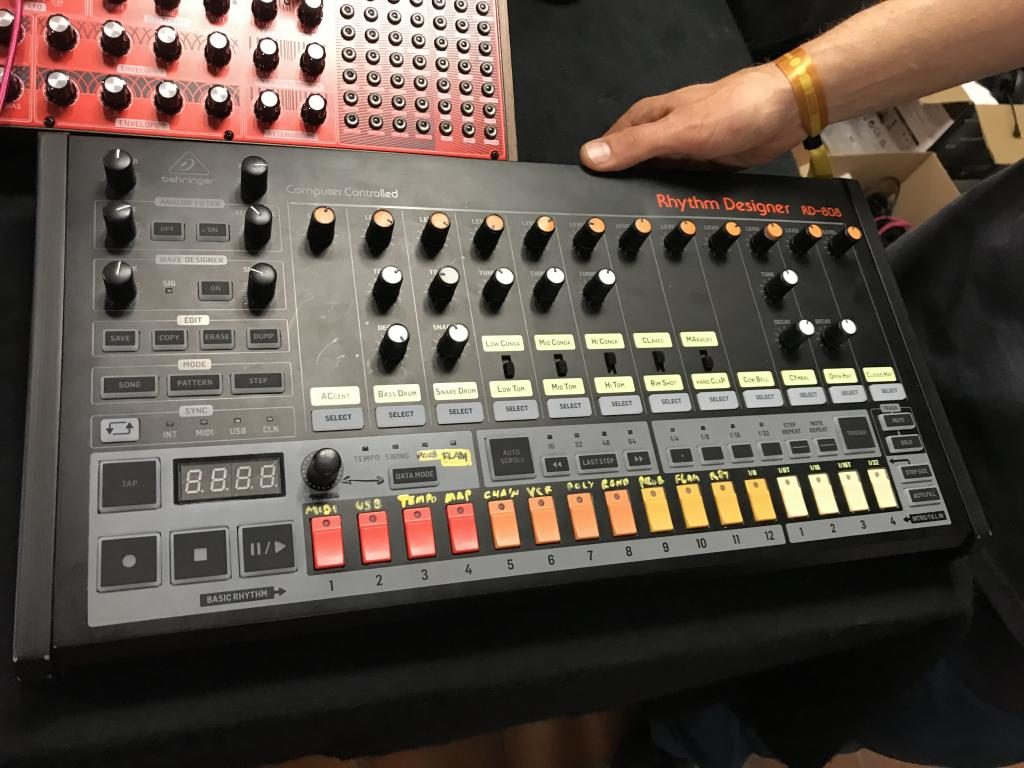 Superbooth 2018 saw the announcement of Behringer’s latest classic remake, this time they’re taking on one of the most legendary pieces of analog synth and drum machine history – the Roland TR-808. Like the other classic remakes in Behringer’s current line-up, the new drum machine will be 100% analog, with a filter designed by Keith Moffatt (designer of the filters in the Neutron) with particular attention paid to stay true to the original.

Thankfully the Behringer RD-808 sees the introduction of both 5-pin MIDI and MIDI via USB, alongside individual channel outs – two features that weren’t on the classic Roland TR-808 and made using the thing rather difficult.

The unit that was unveiled at Superbooth 2018 was not the final production version, Behringer has recently announced that they are taking various user request into account and incorporating some key features that users asked for. This means that the release date had to be pushed back a few months, I’m interested to see if the end result weighs up to the hype!

What new features are we expected to see in the Behringer RD-808?

“When we introduced the drum machine at super booth, people requested more features such as bass drum tuning etc. As usual we listened and added these features, however I also mentioned in this thread that this will delay the project for a few months. Thanks for your patience.” said Uli Behringer

So, it’s safe to say that we will definitely be seeing some tuning parameters, for all those trap producers, this is a godsend.

Behringer have also introduced a nifty feature, allowing you to assign specific tracks to the buss compression. We’re still waiting on the official price announcement and the release date, here’s the thread where Uli officially announced the tuning feature.

Hopefully some more news will be announced  soon.