It comes as not much surprise Behringer have just announced their remake of the classic TR-606 – the new Behringer RD-6. 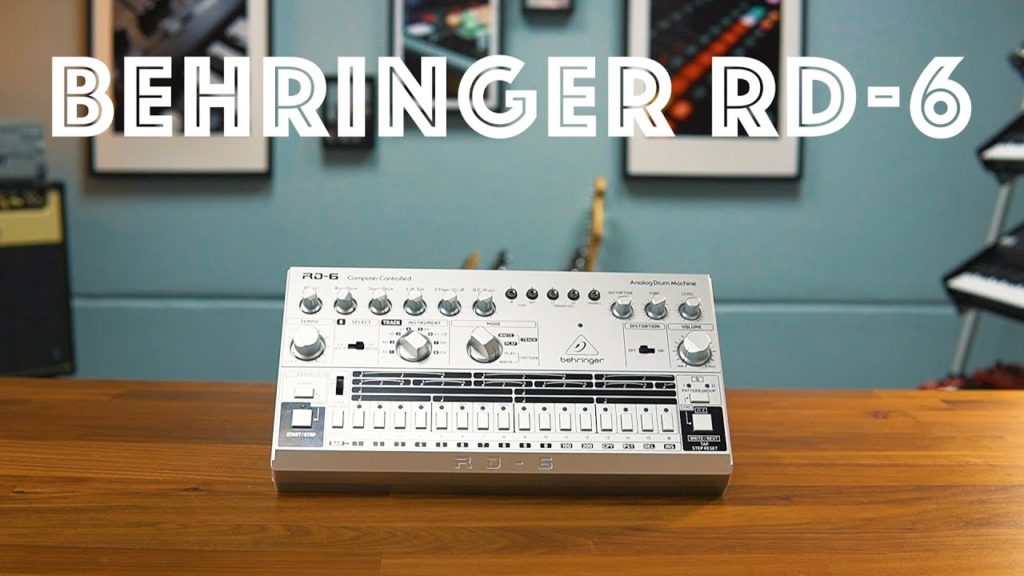 Another huge announcement in from Behringer HQ, this time it comes as not much of a surprise as a lot of us have been expecting a Roland TR-606 remake for quite some time – especially after they announced the TR-303.

While the TR-606 hasn’t maintained the same level of popularity as the 303, it’s still a very important drum machine in electronic music history.

As usual with the Behringer classic remakes, they introduce several more modern features that make it very enticing for the modern synth enthusiast, besides the affordable price-tag.

The Behringer RD-6 maintains the fully-analog signal path of the original circuitry, however, they have added a clap sound which I believe is derived from the Boss DR-110 drum machine’s design.

It’s selectable on channel 6, so you can either use the original cymbal or the clap sound. That means you have eight tracks in total, Behringer have also added individual outputs alongside the traditional MIDI and USB MIDI I/O.

The new Behringer RD-6 also sees the addition of a built-in distortion, which has various parameters such as tone and amount. The sequencing capabilities have been greatly expanded from the original design, the RD-6 is capable of 64-steps while the original could only do 16 steps per pattern.

Behringer are yet to announce the official retail price and release date, although some sources are estimating it to be around the USD $150 mark (Estimated around R2200 excl. duties) – which is seriously affordable.

Check it out alongside their TD-3 in this demo video here:

For more information check out the Behringer website here.