B for Behringer – Back once again with a replica of a master as they introduce the Behringer MS-101. 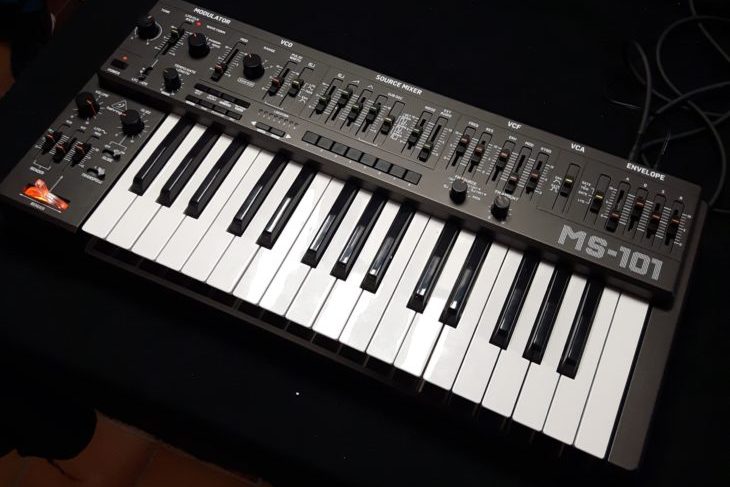 As an owner and lover of the Roland SH-101, I’m very stoked to hear of Behringer’s attempt to recreate it.

It’s rarity and value make it something that will probably never leave the studio, not to mention the various other pieces of kit needed to use it with MIDI or USB. That said Behringer have taken the liberty to add a few very handy features on top of the legendary sound, to make it much easier to use in studio or live.

They’ve added an extra Triangle oscillator, MIDI In/Out/Thru alongside USB, and they’ve also added a nifty FM mod that previously was only available through a rather destructive modification to the original SH-101.

There were a few key factors that made the SH-101 such an iconic collectors piece for synth-heads, it came in three colours – Grey, Blue and Red. It was also usable as a Keytar, coming with the necessary hardware needed to mount a strap and Behringer have decided to stay faithful in that regard. 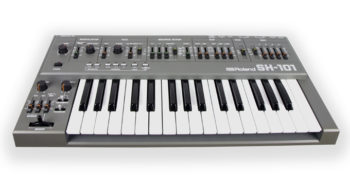 That means I can finally fulfil my dream of owning one of each colour! It also means that the Behringer MS-101 sound will be making its way into a lot more studios and productions, which can only be a good thing!

The core of the SH-101 is simplicity, it allows you to easily learn the fundamentals of synthesis and sound design, while still offering you a huge sonic palette. The built-in sequencer is truly intuitive and allows you to easily program everything from complex polyrhythms to slamming baselines within seconds.

As I mentioned, one of the features that made the Roland SH-101 so iconic was the Keytar configuration, Roland offered an extra “hand-grip” almost like a short guitar neck with a modulation control which opened up new ways of expressive performance. I wonder if the new Behringer MS-101 will spark another glam-rock phase, as Keytars were a major proponent of that era.

They are yet to announce an official launch date for the Behringer MS-101, so stay tuned to their website for more details.