You are here: Home / Tech Corner / Tech & Gear News / Behringer CAT is another recreation of a classic synth

Behringer CAT is another recreation of a classic synth

Introducing the Behringer CAT synthesizer – yet another affordable and modern recreation of a classic synthesizer. 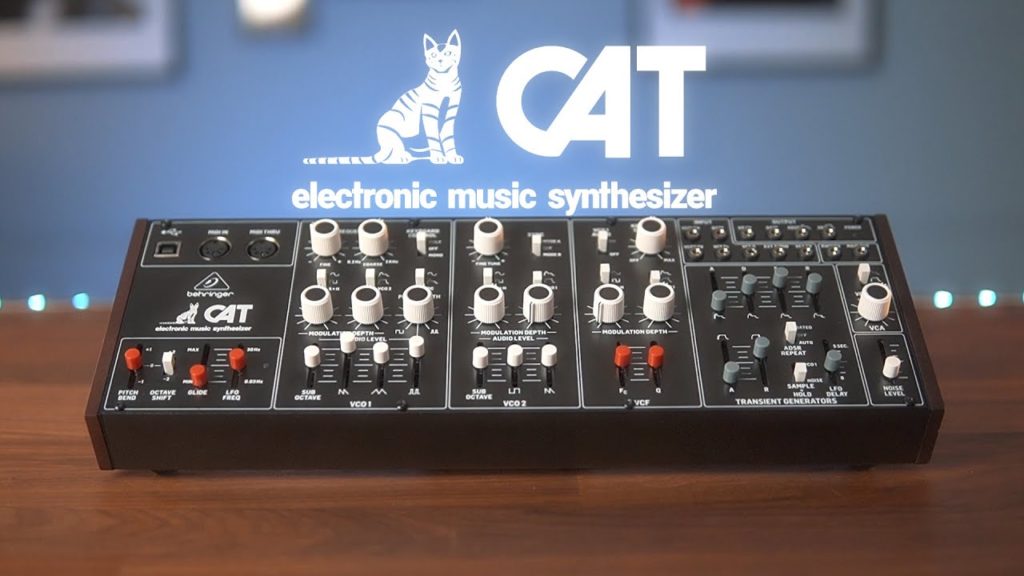 The original Octave CAT synthesizer is often described as a “hidden gem” synthesizer, the design was so close to that of the ARP Odyssey that lawsuits were filed, that being said the synth was more affordable and offered much of the same capabilities.

Here comes Behringer doing much the same as what the original CAT set out to do, about 50 years later.

The new Behringer CAT synthesizer comes in a much smaller form-factor than the original, much like most of Behringer’s other classic recreations, they’ve also done away with the keyboard in favour of the Eurorack friendly form-factor.

The new CAT is an authentic reproduction of the original CAT circuitry with matched transistors and JFETs, featuring a pure analog signal-path with dual VCO design, the first oscillator has four variable, simultaneous waveshapes while the second oscillator feature Square, Saw and Sine shapes.

It’s all topped off with a recreation of the renowned CAT filter, both oscillators and the filter have six modulation sources, including envelopes, LFOs and random sources.

What are the more modern features they have added?

The entire signal path in the new Behringer CAT remains the same as the original synthesizer, however, they have added some more modern features to make the synth much more usable in today’s studios.

They’ve added MIDI I/O via traditional DIN MIDI and USB, alongside various patch-points to send audio and control signals in and out of the synth.

Behringer are yet to announce the price and release date, however going by pretty much all of their other classic recreations in the Eurorack-friendly form-factor, I’m guessing it will be in the region of USD $300 (Around R4300 excl. duties).

Stay tuned for updates on this synth…